The first annual US Schützenfest was won... strangely... by a German from Altenoythe, Germany.

The first annual US Schützenfest was held January 27th, 2012 in Seattle Washington. The contest and festival were open to international and domestic sharp-shooters, as well as celebratory on-lookers and party goers. The 2012 contest featured .22 caliber handguns, a break from the traditional rifle shooting featured in Germany. This one-time weapons change was intended to level the playing field.

The second annual US Schützenfest will take place January 26th in Seattle Washington, and will feature stock .22 caliber rifles. 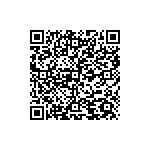