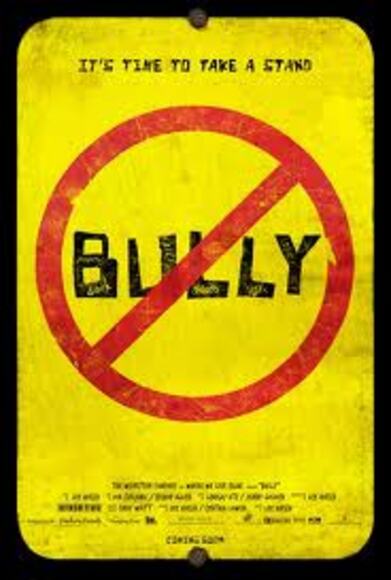 Jackie Fame, Inc. (FAME), the leading kid/teen social network www.JFame.com, is joining forces with The Weinstein Company to promote the movie “Bully.” After much debate over the rating, the PG-13 version of the anti-bullying documentary will open in 115 theaters.

FAME will sponsor several “Bully Movie Events” across the country, with selected theaters offering free admission to a one-night “Bully” awareness event – with the continued goal of involving parents, students, educators, and advocates in the movement to ending bullying.

In addition, with every “Bully” ticket purchased through MovieTickets.com, FAME will provide a free download of its book “Kid2Kid, Keepin’ it Safe Online” (ISBN: 978-0-675-50025-6) made available for the NOOK and Kindle eBook formats. “Kid2Kid” includes great advice for young people about staying safe online, and includes a chapter about preventing bullying in cyberspace and in everyday life.

“We are happy to join The Weinstein Company’s ‘Bully’ campaign to help raise awareness about the serious effects of bullying. We hope to help inspire kids from around the world to stand up to bullying,” said Zachary Swauger 13, FAME co-founder.

“This has always been a mission of the Jackie Fame network,” added Joshua Swauger 11, FAME co-founder. “In 2011, we launched ‘We Have the Power’ at www.WeHaveThePower.net - a grass roots awareness movement about the terrible effects of bullying on school-aged kids. We recorded an original song, produced by DJ Boom and Hip-Hop recording artist G-Money. We wrote the lyrics to express how deeply concerned we are about bullying and its effect on our peers.”

The FAME co-founders hope all school-aged kids and their parents will see “Bully” and join together in the fight to stop all forms of bullying.

About “Bully”:
Directed by Sundance and Emmy-award winning filmmaker, Lee Hirsch, “Bully” is a beautifully cinematic, character-driven documentary. At its heart are those with huge stakes in this issue whose stories each represent a different facet of America’s bullying crisis. “Bully” follows five kids and families over the course of a school year. Stories include two families who have lost children to suicide and a mother awaiting the fate of her 14-year-old daughter who has been incarcerated after bringing a gun on her school bus.

With an intimate glimpse into homes, classrooms, cafeterias and principals’ offices, the film offers insight into the often cruel world of the lives of bullied children. As teachers, administrators, kids and parents struggle to find answers, “Bully” examines the dire consequences of bullying through the testimony of strong and courageous youth. Through the power of their stories, the film aims to be a catalyst for change in the way we deal with bullying as parents, teachers, children and society as a whole.

About The Weinstein Company:
The Weinstein Company (TWC) is a multimedia production and distribution company launched in October 2005 by Bob and Harvey Weinstein, the brothers who founded Miramax Films in 1979. TWC also encompasses Dimension Films, the genre label founded in 1993 by Bob Weinstein, which has released such popular franchises as “Scream,” “Spy Kids” and “Scary Movie.” Together TWC and Dimension Films have released a broad range of mainstream, genre and specialty films that have been commercial and critical successes.

Since 2005, TWC and Dimension Films have released such films as “Grindhouse,” “I’m Not There,” “The Great Debaters,” “Vicky Cristina Barcelona,” “The Reader,” “The Road,” “Halloween,” “The Pat Tillman Story,” “Piranha 3D,” “Inglourious Basterds,” “A Single Man,” “Blue Valentine,” “The Company Men,” “Miral,” “Scre4m,” “Submarine,” “Dirty Girl,” “Apollo 18,” “Our Idiot Brother,” “I Don’t Know How She Does It,” “Sarah’s Key,” and “Spy Kids: All The Time In The World In 4D.” Currently in release are “My Week With Marilyn,” “The Artist,” “The Iron Lady,” “Coriolanus,” “W.E.” and “Undefeated.” Upcoming releases include “Bully” and “The Intouchables.” Recently wrapped was “Silver Linings Playbook,” and currently in production is “Django Unchained.”

TWC is also active in television production, led by former Miramax Films President of Production and current President of Television Meryl Poster, with credits including the Emmy® nominated and Peabody Award winning reality series “Project Runway,” spin-off series “Project Accessory” and “Project Runway All Stars,” the VH1 reality series “Mob Wives,” and the critically acclaimed HBO comedy/crime series “The No. 1 Ladies Detective Agency” which also received a Peabody Award. The company is currently in pre-production on the martial-arts epic “Marco Polo” for Starz as well as production on the second season of “Mob Wives” and the newest installment in the series’ franchise “Mob Wives Chicago.” TWC additionally has 17 series in different stages of development, including “The Nanny Diaries,” being adapted for ABC by Amy Sherman Palladino (“Gilmore Girls”).

About MovieTickets.com:
MovieTickets.com (www.movietickets.com), the worldwide leader in advance movie ticketing, offers moviegoers a quick and convenient way to purchase tickets, while serving as a top destination for movie news, reviews and trailers. The Company currently enables consumers across 17 countries/territories, including the United States, Canada, United Kingdom, Ireland, Spain, Argentina, Puerto Rico, the Dominican Republic and the Caribbean to buy movie tickets online, from any mobile device or by phone at 877-789-MOVIE.

Formed in 2000, MovieTickets.com is a joint venture between AMC Entertainment, Hollywood Media Corp. (NASDAQ: HOLL), National Amusements, Cineplex Entertainment, Marcus Theatres (NYSE: MCS), Viacom (NYSE: VIA) and Time Warner. Its elite collection of partner theaters consistently represents more than 50 percent of the top 100 grossing theaters in North America on any given weekend. The MovieTickets.com theater chain group includes 254 theaters chains, which is about 10 times the number of chains of its nearest competitor.

The mission of the Jackie Fame Network is to be the leading teen social networking destination with the largest, most engaged audience and community. The network will be supported by its unique position as one of the strongest, most valued brands focusing in the highly coveted kid-teen audience.

Jackie Fame is a privately held company and is headquartered in Charlotte, North Carolina with offices in Los Angeles, Calif.

Equal Opportunity Bullying in the Workplace?

Equal Opportunity Bullying in the Workplace?

Poets tackle the issue of bullying & relive their experiences through poetry.