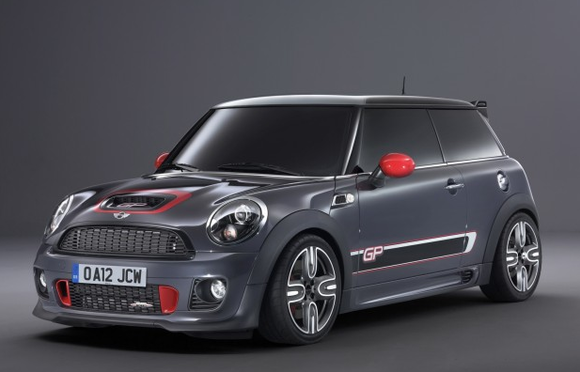 While many consider the BMW MINI Cooper brand to be a serious 'go-kart' and quick, not too many people consider the brand faster than an Audi RS4, Jaguar XK-R or the Lotus Exige S.

Especially when some of these cars approach or top $100,000.

"When you beat a Jaguar XK-R, you are in pretty serious company" states General Manager Peter Maldonado of Crevier MINI, "you pretty much have to prove your time, and MINI has done this by releasing the video footage of their Nurburgring time trials."

The car, a Cooper JCW GP II, was able to go around the track in a time of 8 minutes and 23 seconds.

This is just a second behind either the Nissan Skyline GT-R R32 and the Mercedes-Benz C55 AMG.

"Any car which wants to compete in the sporty segment needs to set an official time at Nurburgring," Peter Maldonado goes on to say, "by releasing the footage of their hot lap, MINI has proven what MINI Cooper lovers have known for years, we have one fast car!"

MINI has yet to release the cost of this very special version (only 2,000 are supposed to be produced).

Crevier MINI has recently moved into the biggest MINI Cooper facility on the West Coast and will be receiving a large shipment of new MINI Coopers very soon to fill up all of the new space.