What are the soccer rules?

Learn the 17 rules that go with playing soccer. 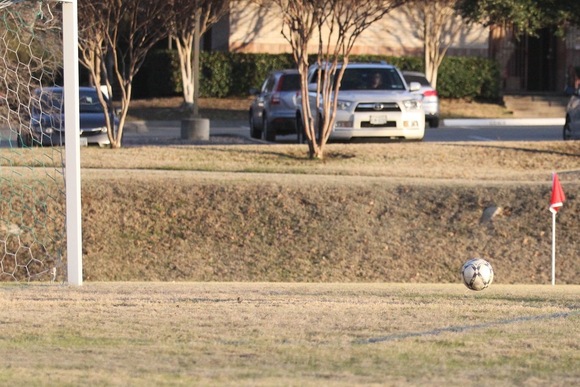 Over the years of playing soccer I have learned that the rules get stricter each year and there become more rules. Here are 17 soccer rules that your should know when playing soccer.

Rule 4- Plays Equipment. The players should have shin guards with socks that cover them. There is no jewelry allowed and no baseball cleats because the front cleat stick out and jewelry could injure someone.

Rule 6- There must be two assistants helping the referee control the game.

Rule 7- Time of game. The game nomaly last two 45- minute halves. With youth leagues it can range from 20 minute halves to 45 min. some leagues have 4-12 minute quarters.

Rule 8- Start of play. The kick of is taken at the center spot after the coin toss. The ball has to move forward in order to start the game.

Rule 9- Ball in and out of play.  The ball is out of play when it completely goes over the goal line or out of bounds line.

Rule 10- In order to score the ball must go completely across the line in the goal.

Rule 11- Off Sides. The concept is that a player must have at least one defender (not including the goalkeeper) between him and the goal when the ball is played to him. Also to be offside the player must be in the opponent's side and looking to gain an advantage.

Rule 12- Fouls. Most fouls are due to pushing, holding, or tripping in a result of a free kick. There are also handballs and charging.

Rule 13- Free kicks. There are two types. A direct and indirect. At the youth level most free kicks are classified as indirect. This means a goal may not be scored until the ball has been played or touched by a second player of either team.

Rule 14- Penalty kick. If a player commits a foul in their own penalty area a penalty kick will be awarded. The kick is then taken 12 yards out from the goal box.

Rule 15- Throw in. To do a correct throw in you need to have both feet on the ground and two hand on the ball. The ball must come from behind the player's head. If you have a bad throw the ball gets taken to the other team.

Rule 16- Goal kick. You get a goal kick if the attacking team kick the ball over their own goal line.  The kicker cannot touch the ball until it has left the penalty area and has been touched by another player.

Rule 17- Corner kick is granted when the defending team kick the ball over there own goal line. A goal is then scored from a corner kick.

To learn more about everything related to soccer please bookmark my soccer blog page.