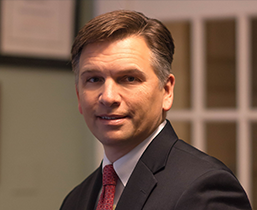 Criminal law attorney discusses the confusion of some legal statutes used to prosecute public corruption charges like those against the ex-Texas governor.

Dallas Texas criminal defense lawyers discusses the confusion of some legal statutes used to prosecute public corruption charges like those against the ex-Texas governor.

Recent reports say that an appeals court has thrown out one of two felony indictments against former Texas Governor Rick Perry. The Republican presidential candidate was indicted last year on the charge of coercion of a public servant and a separate charge of abuse of official power. The 3rd Court of Appeals in Austin invalidated the coercion charge on Friday.

The allegations against Perry stem from his threat in 2013 to veto anti-corruption funding for a district attorney’s office if the DA did not resign. Critics accused the former governor of targeting the Democrat for political reasons and overstepping his authority. Perry, in turn, has insisted that the indictments against him are also politically motivated and have no real basis. So far, on at least one of the counts, the 3rd Court of Appeals has agreed that it lacks merit.

“The 3rd Court of Appeals in Austin sided with Perry’s pricy legal team, stating in a 96-page ruling that the charge of coercion of a public servant constituted a violation of the former governor’s free-speech rights.”

Numerous public officials and employees of the government have been prosecuted on public corruption charges over time in the United States. Public corruption is the generalized term used to reference a broad range of criminal actions carried out by those in authoritative government positions including abuses of power and the misappropriation of funds. Although fighting true corruption of this nature is vital for ensuring that taxpayer dollars are properly utilized and fairness is achieved at all levels of government, it is arguable that some federal statutes used to prosecute related criminal cases leave open room for unjust prosecution due to their ambiguity.

The prosecution of Perry provides an example of the type of crime that many get prosecuted for in accordance with ambiguous statutes despite the absence of clear evidence that their actions were really criminal in nature. It is also a type of case that seems to get frequent recognition in the media.

According to Dallas based criminal defense attorney Mick Mickelsen, who is not affiliated with Perry’s case, the coercion indictment helps is illustrative of the fine line between what constitutes an official exercising his or her free speech rights, and crossing the legal line demarcating criminal responsibility.

Statutes that govern coercion in public offices generally prohibit imposing one’s will on another through the use of force or threats. However, because each alleged incident is subjective, there are cases where public corruption accusations are unfounded, and based more on perception than fact.

Where one court may view a set of circumstances one way, an appeals court may view them differently. According to Mr. Mickelsen “in many of these types of cases it is important that prosecutors are held to their burden of proving that a crime actually occurred.” Some prosecutors, he says, attempt to influence the opinion of courts or jurors by insinuating or insinuations that an innocent act, or an undesirable public statement, constitutes a crime. “More than insinuations are required to prove that such things were actually in violation of the criminal laws.”

Public officials who have questions about their legal rights in the event that they have been accused of corruption or any type of white-collar crime, can contact the Dallas based criminal defense law firm of Broden Mickelsen Helms & Snipes for information about their legal options regarding a specific case.