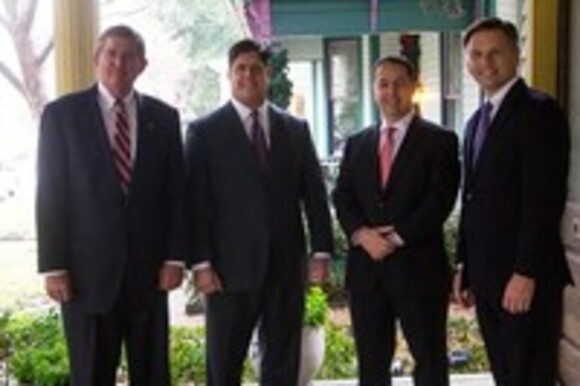 The case of a teen rapist from Dallas which received nationally attention last year when he was sentenced for five years’ probation, highlights the circumstances in which a sentence can be reconsidered.

The Dallas Morning News reported that Young admitted forcing the girl to have sex in a practice room at the Dallas high school for performing and visual arts when he was 18-years-old. The case attracted national notoriety when state District Judge Jeanine Howard said the girl wasn’t “wasn’t the victim she claimed to be.”

Now prosecutors have moved to revoke Young’s probation, saying he has failed to meet the conditions. He is due to make an appearance before state District Judge Carter Thompson, who took the case over after Howard recused herself.

The Dallas Morning News reported that Young, who is now 22, faces up to 20 years in prison at the hearing.  While the judge has the option of keeping Young on probation, he has previously warned Young not to expect a second chance.

Howard faced considerable flak over the case. The Texas Commission on Judicial Conduct reprimanded her for saying in a subsequent interview that the 14-year-old girl who was raped at the school “wasn’t the victim she claimed to be.”

The Judge had told The Dallas Morning News she decided on the probation sentence because Young was barely 18 at the time of the offense and because the girl had texted him to spend time with her.

She alluded to medical records that indicated the girl had three sexual partners and had given birth, according to media reports. However, the Texas Commission on Judicial Conduct stated the records in question referred to the girl’s own birth.

The Commission said Howard’s “reckless” remark about this sexual assault case “undermined the public’s confidence in her impartiality and independence by defending her rulings in the press, giving rise to a legitimate concern that she would not be fair or impartial in other sexual assault cases.”

In his original testimony, young said the girl talked about sex, but just wanted to kiss. He testified that the girl said “no” and “stop” on a number of occasions during the rape.

Howard sentenced Young to 45 days in prison and five years of deferred adjudication. The probation would have allowed him to avoid formal conviction if he abided by its terms. He was ordered to spend the anniversary of the rape in jail during his probation and to register as a sex offender for life.

People who are convicted of sex crimes often receive long sentences as well as the stigma of being placed on the sex offenders’ register. It’s important to hire experienced defense attorneys with an in-depth knowledge of sexual offenses if you are charged with this kind of crime.