NFM Lending is pleased to honor Bryce Chambers as our NFM Salute for March 2017.

NFM Lending is pleased to honor Bryce Chambers as the NFM Salute for March 2017.

Since age 10, Bryce Chambers wanted to serve in the military. On May 8, 2015, his 20th birthday, Chambers began 16 weeks of basic training in addition to infantry training, with the goal of becoming an infantryman. He graduated in August 2015, and was stationed at Schofield Barracks in Hawaii. Chambers is a grenadier, specializing in explosives, and was recently promoted to an E4. In December of 2015, he married his high school sweetheart, Rachel, and she joined him in Hawaii.

Chambers was nominated by his mother, Jane Chambers, along with Greg Cowart, an NFM Lending Branch Manager in Richmond, VA.

“Bryce has always told us that he wanted to serve in the military,” said Jane Chambers. “When I asked him why he felt so strongly about joining the Army, his response was, ‘I feel like as a citizen of the United States of America, it is my duty to serve at least four years in the military!’ If I am totally honest, thinking of my youngest son serving in the Army scared me beyond measure. While my heart burst with pride during his Advanced Individual Training graduation, the realization that my son was willing to lay his life down on the line for his country was breathtaking. Words simply are not enough to express how proud Keith and I are of our youngest son: Bryce, my soldier, my hero!”

NFM Salutes is an initiative in which one military member or Veteran is chosen each month to be honored as the “Salute of the Month.” Salutes are chosen from nominations on the NFM Salute website, www.nfmsalute.com. The “Salute of the Month” will be featured on the website with a brief biography and information about his or her service, and NFM Lending will make a $2,500 donation to a military or Veteran non-profit in the Salute’s name. Chambers chose Platoon 22 to receive this month’s donation.

Selected NFM Salutes may choose from one of the following four non-profits: Platoon 22, AnySoldier, Soldier’s Wish, and the Gary Sinise Foundation. NFM looks forward to the opportunity to continue to honor military and Veterans through the NFM Salute initiative.

NFM Lending is a mortgage lending company currently licensed in 29 states in the U.S. The company was founded in Baltimore, Maryland in 1998. They attribute their success in the mortgage industry to their steadfast commitment to customers and the community. NFM Lending has firmly planted itself in the home loan marketplace as “America’s Common Sense Residential Mortgage Lender.™” For more information about NFM Lending, visit www.nfmlending.com, like our Facebook page, or follow us on Twitter. 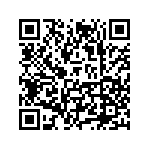