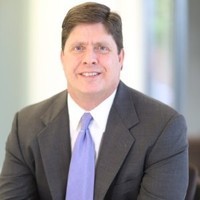 Botham Jean, a 26-year-old unarmed black Caribbean man, was shot to death in his Dallas apartment on September 6, 2018, by a white female off-duty Dallas Police Officer named Amber Guyger.  Mr. Jean was in his apartment doing nothing wrong. The case has gained national attention because of the unusual explanation by Ms. Guyger. She claims that she mistakenly thought Mr. Jean’s apartment was hers, and she mistakenly believed he was a burglar in her apartment.

There is no question that Mr. Jean’s death was horribly tragic and never should have happened.  Everyone agrees about that. There is extreme disagreement, however, about the facts of the case and what should happen to the officer.  Much of the disagreement has been fueled by rumors circulating on social media. Escalating the disagreement are well-meaning, but uninformed people, offering their opinions on social media, plus the emotions and distrust that have culminated because of other incidents around the country involving the shootings of unarmed black men.

I believe that the responses of law enforcement so far have been appropriate.  Ms. Guyger has been arrested for manslaughter, but she has not been formally charged by indictment yet.  A formal charge is likely in the coming weeks. The charge will be based on the evidence available to the Dallas County District Attorney’s Office and their view of what is appropriate in light of the evidence.

At this point, investigators with the Texas Rangers are collecting evidence and presenting it to the DA’s Office for review.  There is a lot to collect and review, including physical evidence from Mr. Jean’s apartment, physical evidence from Ms. Guyger’s car and apartment, blood and toxicology evidence from both Mr. Jean and Ms. Guyger, their cell phone records and data, their text messages, their emails, their Internet searches, and interviewing and possibly re-interviewing, numerous witnesses who may have seen or heard something relevant.  Collecting and carefully analyzing all of this evidence will take time.

To learn more about this story click the link https://johnhelms.attorney/dallas-criminal-lawyers-perspective-dallas-cop-amber-guyger-story/