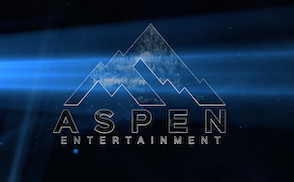 Today The Aspen Entertainment Group announced the closing of an exclusive licensing and development contract with both Pat Dailey and Marv Gold’s estate.

The Pat Dailey agreement is for the licensing of the publication and movie rights to Mr. Dailey’s upcoming book about Shel Silverstein titled “My Friend – The Coolest S.O.B. in the World."

The Marv Gold agreement is for the licensing of the publication and movie rights to Mr. Gold’s two books about Shel Silverstein: “Silverstein and Me: A Memoir” and “Shel Silverstein’s Wise Ass Sayings.”

When asked about the acquisition of the Gold and Dailey properties Executive Vice President Jeff Thomas said "We are excited at Aspen Entertainment to have this opportunity to tell this often humorous and funny story that chronicles the life of America’s most celebrated children’s author and artist. We look forward to re-releasing the original music, which in some ways really is a lost Silverstein work, and the development of the movie that will portray his everlasting friendship with Dailey, Gold, and many others throughout his life.”

The Aspen Entertainment Group is a leading independent cinema graphic media and entertainment company based in Nashville, TN. with facilities in New York, Detroit and Los Angeles that creates dynamic visual content for movie, linear television and digital platforms in addition to professional music and animated productions.

In 2016 Aspen Entertainment was formed with the merging of 4 Sight Productions in New York and JTM Media in Detroit, Michigan bringing together decades of combined experience working across hundreds of feature film productions, advertising campaigns, corporate videos, documentary and training videos, music and more. Although talent and great ideas are Aspen's lifeblood we are a family of professionals that draws on its diverse background in film, broadcast television, music, advertising, social media, and journalism to create projects that connect with audiences both intellectually and emotionally. For more information about Aspen Entertainment and its project line-up please visit www.aspenentertainment.com