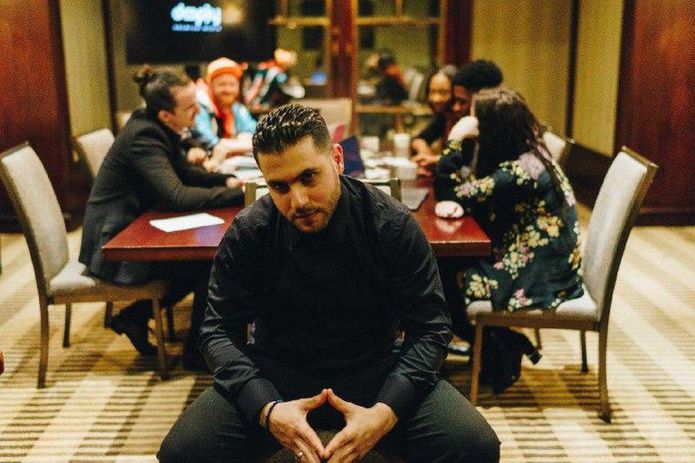 Technology is the Holy Grail for many of today’s companies, but according to entrepreneur Jad Mawlawi, it’s not the key to business success. Mawlawi was recently featured by Forbes for his crusade to lead businesses to a concept that is disrupting the marketing scene: humanism.

In the article, Mawlawi explains how millennials are hit by a blitzkrieg of technology every time they pick up their phone or log onto their laptop. Visually alluring advertisements and pop-ups fill their screens, but they are no longer responding to the hype.

“They would go to someone they trust before making a purchase and ask for suggestions,” said Mawlawi. “Millennials want information prior to buying, and they want it from a trusted source, not some unknown, never-heard-of-before manufacturer.”

As the co-founder and CEO of an influencer marketing firm known as Dooply, Jad Mawlawi helps guide brands and individuals away from merely pitching products and toward connecting with their target audiences in a very human way.

“When organizations share the ideology of a brand as a person through powerful influencers, they win half the game,” he said. “If you fail to engage influencers then you will have no choice but to become one and thats what Dooply helps you achieve”

Mawlawi’s firm helps their clients position themselves as powerful influencers on social media platforms. They can do this by building a strong persona that people can connect to. They can also engage their target audience through dynamic concepts and meaningful missions rather than just products or services.

Mawlawi is uniquely positioned to serve as the head of Dooply. He rose early to business success. At a young age, he was managing a multi-million dollar portfolio of financial assets in his native country of Lebanon. He later moved to London and worked for Technosoft, guiding talks between several Arab nations to advance U.S. technology in the oil and gas industries.

But Mawlawi is more than just a brilliant business head. He is also an expert at analyzing human beings and helping companies appeal to their needs and wants in a changing environment.

He attributes these qualities to his experiences in over overcoming challenges in his life. Raised in Lebanon during a time of great economic and political turmoil, he had to make his way against a backdrop of constant uncertainty and watch his fellow countrymen do the same. At age 17, he was forced to grapple with grief and changing family dynamics when his brother died of cancer.

Stripped down to the essentials of life in these trying times, he learned the value of human interactions. And though the world has spun itself into a technological frenzy with information overload, artificial intelligence, and automated processes, Mawlawi says that the human hunger for meaningful connections is a force that no business can ignore.

To read the full text of the Forbes article, click here. Mawlawi has also been featured by Idea Mensch, Total Prestige Magazine, and the “Learning from Others” podcast. His goal is to disrupt today’s marketing scene by bringing companies back to a more human-focused strategy that will ultimately allow them to move ahead of the competition.