Camfil USA Air Filters focuses on the many health benefits of installing an air purification system and how portable air purifiers protect your heart by reducing PM and improving air quality. 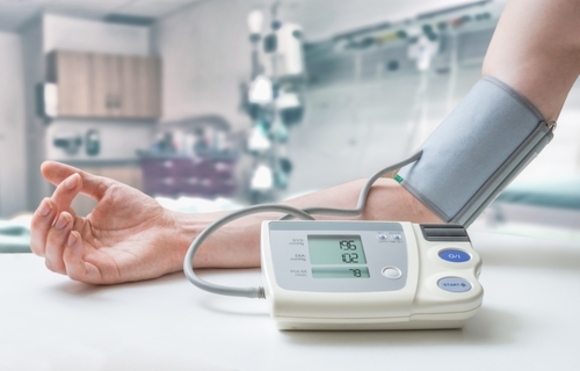 Riverdale, NJ / June 19, 2019 / -- While the air quality in many parts of the United States has steadily improved over the years, air purifiers continue to play a vital role in protecting people inside homes and buildings from the health dangers of air pollution. To be specific, a proper-strength HVAC air filter can prevent people from inhaling the microscopic particles in the atmosphere generated by mobile sources of air pollution, such as cars, trucks, ships, and aircraft, as well as stationary sources such as power plants, factories, farms, construction sites, and industrial facilities.

These particles are known as fine particulate matter, or PM2.5, which refers to particles no larger than 2.5 microns in diameter.

“PM2.5 and smaller ultrafine particles are especially dangerous as they are small and light enough to go deeper into the smallest airways of the lungs,” explains Camfil USA’s Charlie Seyffer, Manager of Marketing & Technical Materials for commercial air filters and 37-year ASHRAE member and active committee participant. “When this happens, it can induce all kinds of respiratory and cardiovascular diseases, as well as problems in the immune system, liver and hormones.”

And despite the significant progress our country has made in improving air quality over the last few decades, it’s estimated that more than 88,000 deaths still occur each year in the U.S. due to exposure to fine particulate matter air pollution.

But it’s not all bad news.

A team of researchers has found that even your most basic portable air purifiers can be enough to capture and remove a substantial portion of the airborne particulate matter that ends up in indoor spaces. What’s more, reducing PM levels in the environment yields significant benefits for heart health and function.

According to a 2018 study published in JAMA Internal Medicine, researchers from the University of Michigan and Michigan State University found that just three days of using a relatively affordable home air purifier had significantly reduced levels of fine particulate matter inside the homes of seniors living in urban communities.

Not only that, the reduction in airborne PM levels subsequently lowered the seniors’ blood pressure—the leading cause of mortality and morbidity around the world.

“The study adds to the growing body of literature concerning the tangible benefits of installing air purifiers in homes,” Seyffer notes. “Air purifiers are especially important in homes located in air pollution hotspots.”

Such hotspots include places near freeways, factories, power generation facilities, and even farms. These places tend to have high concentrations of particulate matter in the air from combustion processes, chemical refinement, and in the case of farms, soil erosion and fertilizer use.

While much of the discussion about air pollution is centered on outdoor ambient air quality, the researchers took a different route, focusing instead on air pollution exposure while their research participants were inside their own homes. The reason? Most of the country’s population spends close to 90 percent of their time indoors. If anything, the study proves that indoor air quality is just as important as the air outside, if not even more.

Instead of conducting their study in a community near a highway, factory, or park, the research team sought to understand the levels of air pollution inside bedrooms and living rooms in Detroit’s low-income housing projects for seniors under the following parameters.

Even Cheap Home Air Purification Systems Were Better than Nothing

The researchers focused on identifying any links between reduced air pollutant exposure and lowered blood pressure over a three-day period to determine whether the portable home air purification systems provided any significant benefits for cardiovascular health and function.

While there have already been studies establishing the links between air pollution exposure and cardiovascular health, as well as the health improvements associated with installing air filter solutions like HEPA purifier systems, this study on blood pressure and air quality adds a new dimension to the existing literature because it was conducted in an environment that had already met government standards for “acceptable” fine particulate matter levels, yet still showed room for improvement.

During the period of research in Detroit, the researchers were careful to track outdoor fine particulate matter levels, which at the time averaged 9 micrograms per cubic meter—well below the limit set by the National Ambient Air Quality Standards.

What this means is that even if your home is in a clean town or city that doesn’t issue air quality warnings, you can still reap the benefits of installing air purification systems.

The JAMA Internal Medicine study also deviates from previous research by focusing exclusively on elderly individuals in low-income neighborhoods, which is important because aging adults are more susceptible to the negative impact of poor air quality.

The study’s authors, however, note that more research is needed before they can confidently recommend patients to buy home air filtration systems. The research team intends to conduct the same study in more diverse populations to determine whether reductions of fine particulate matter exposure at the individual level will actually lead to improvements in blood pressure levels and fewer heart attacks.

Effects on cardiovascular health aside, it’s no secret that air filter systems provide a wide range of benefits for respiratory health and quality of life. And while the study notes that even the most basic air filter can reduce concentrations of particulate matter in indoor spaces, it’s still important to narrow down your choices to high-quality systems.

Get in touch with the team at Camfil USA to learn more about the benefits of air purifiers or Camfil air filters. Talk to our team to learn about our commercial air filter systems.