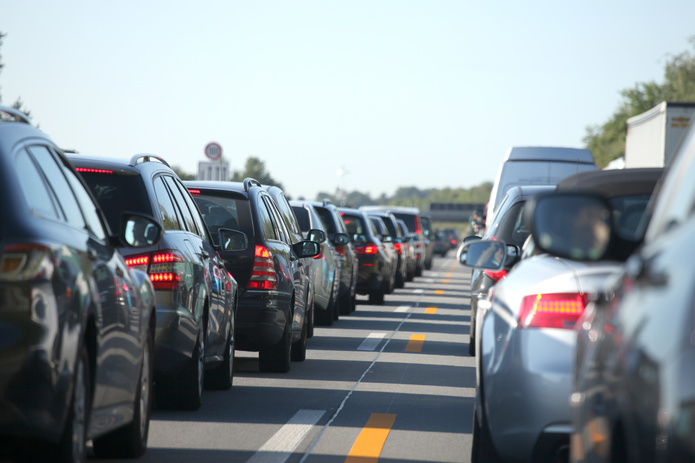 Camfil USA highlights a recent study that shows that car drivers are exposed to worse outdoor and indoor air quality than cyclists commuting in a major city.

Riverdale, NJ / July 9, 2019 / -- It has always been thought that one of the downsides of riding a bike in a major city was having to breathe in dirty and unhealthy air pollution. On the other hand, cars and buses, which have their version of an air filter (i.e. cabin filter), were seen to be safer as these enclosed vehicles do a better job of ensuring that drivers and passengers breathe clean air.

But according to a recent study, this may not be the case at all. The research, conducted in Leeds in the United Kingdom, found that cyclists are actually the least exposed to air pollution during their daily commutes in a congested urban environment. In contrast, people commuting by car or bus spend more time stuck idling in traffic, which also means more time in environments with toxic air. This air is more toxic because cabin filters in vehicles often aren’t as effective as the high efficiency air filters found in air purifiers at trapping and removing airborne contaminants.

The researchers also found that interior and indoor air quality found inside vehicles reached dangerous levels, giving credence to warnings by scientists that automobiles and buses tend to collect toxic gases from other vehicles around it.

The research saw the use of cutting-edge portable pollution-measuring equipment to track the journeys of different types of commuters through a 2.5-mile stretch of road in and out of Leeds city center. All the commuters set out at the same exact time. Unsurprisingly, the cyclists got to their destinations first, arriving in 11 minutes—half the time it took for the commuters who traveled by vehicles or buses.

Using the pollution-measuring devices, the researchers found that the cyclists were exposed to a total of 12 million air pollution particles during their commute. In comparison, those who commuted by bus or automobile were exposed to twice the amount of air pollution. But the team also found that cyclists’ faster-breathing rate during activity meant they were inhaling levels of particles close to that of commuters on moving motorized transport.

But on roads where the traffic slowed to a crawl, leaving motorist and bus commuters forced to sit in a polluted environment, the cyclists were better off. On these congested roads, the cyclists were able to skip past traffic—particularly on roads with separate bike lanes—which meant they spent less time inhaling polluted air.

Without the protection of basic air purification systems in automobiles and buses, pedestrians, on the other hand, were easily the most exposed to air pollution, spending 35 minutes to make the 2.5-mile journey on foot.

But the researchers also found if the walkers took a longer route that was farther away from busy streets, their exposure to particle pollution fell by as much as 75 percent. This result is consistent with another study that found walking on “green routes” reduced a pedestrian’s air pollution exposure by half.

The Leeds team concluded that pedestrians have to be proactive about protecting themselves on days where air pollution is particularly bad. This may involve wearing face masks or, as they found, walking a longer but greener route.

Like the urban areas in the UK, many cities in the United States have air pollution levels that occasionally go beyond the government’s safety levels, so often that homes along major roads are advised to install commercial air filtration systems. In Los Angeles, for example, the city government instructed personnel from the Department of Building Safety to check on the air filtration systems in commercial buildings and homes near freeways, to ensure they were outfitted with high efficiency air filters to protect occupants from air pollution from cars and trucks.

Unsurprisingly, combustion engines in vehicles have been identified as the primary contributor to air pollution in major cities around the world.

When shopping for air purifiers, be sure to work with a trusted air filter manufacturer or distributor to get nothing but high-quality products. There are different factors for choosing the best air filter for your building or facility and it’s important to work with a knowledgeable company.

With more than five decades of experience designing and building high-quality air filter systems for all kinds of applications, Camfil USA takes pride in its commitment to help home and building owners address their air quality problems. Talk to our team to learn more about improving your indoor air quality with Camfil air filtration products or browse our catalog to learn more about our clean air solutions.