Ferrari Is More Than Just A Luxury Car Brand! 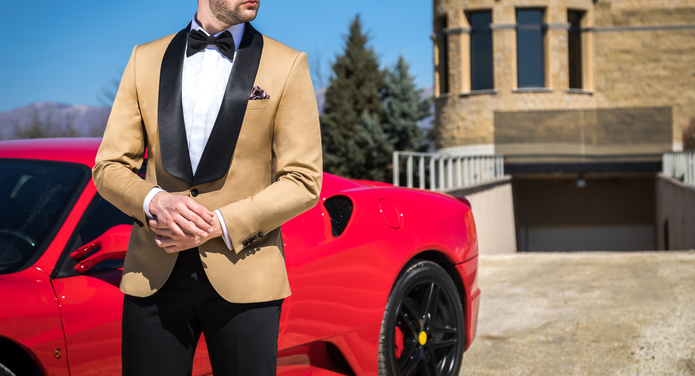 The experts at 7stocks.com explain the contributing factors that amplify the value of the Ferrari brand past other luxury automakers in the industry.

August 15, 2019 / -- Ferrari is the world’s leading luxury automobile brand. The Italian luxury sports car brand was founded by Enzo Ferrari in 1939 and privately owned by the Ferrari family for a long time. Ferrari is a small company compared to other players in the market —General Motors, Ford, Volkswagen, and Fiat are all much larger. On the other hand, Ferrari isn’t like other automakers.

As per Max BERNHARD source

“Ferrari NV RACE, +0.97% said Friday that its net profit rose in the second quarter on the back of sales of its Portofino and 812 Superfast models and raised its guidance for free industrial cash flow.

Earnings before interest and taxes rose 9% to EUR239 million.

The company continues to expect 2019 revenue of at least EUR3.5 billion. Adjusted earnings before interest, taxes, depreciation and amortization are forecast to be between EUR1.2 billion and EUR1.25 billion this year, Ferrari said.

Ferrari’s stocks are trading for 35 times estimated 2020 earnings whereas [As per Al Root; Source], names like GM and F trade with single-digit P/E ratios and have dividend yields in excess of 4% [As per Bret Kenwel; Source].

Ferrari has been able to create a league of its own. In terms of corporate value of the cars sold or gross margins, it leaves other luxury brands like Tesla trailing far behind. Below is a chart comparing Ferrari’s corporate value to the entire auto industry:

Ferrari Is More Than a Luxury Car Brand

Ferrari is able to command such high value for its stock because people perceive and experience it as more than just a car. The company assimilated its legendary status partially on the race tracks, but part of its reputation also comes from the celebrity connection the brand itself fosters.

Ferrari is not just viewed as a luxury car brand but as an elite status symbol. The car maker, by certain measures, is worth more than 580 times Ford and more than 12 times Tesla, another greatly valued luxury automaker. Ferrari continues to draw its allure from four key characteristics.

Ferrari’s gross profit margin is much like a luxury goods maker and it is expected to improve with the introduction of new hybrid-electric models that will retail for about $450,000 [As per Al Root; Source].

Ferrari roughly makes more than $80,000 per car sold, while other like Porsche makes an estimated $17,250 profit for every car, and BMW, Audi and Mercedes each make about $10,500 average per car [As per Jimmy Im; Source].

In our opinion, Ferrari's value and stock could continue to rise; not because of its sales but because the upper class and wealthy enjoy their elite status.

To learn more about relevant topics, check out https://7stocks.com/