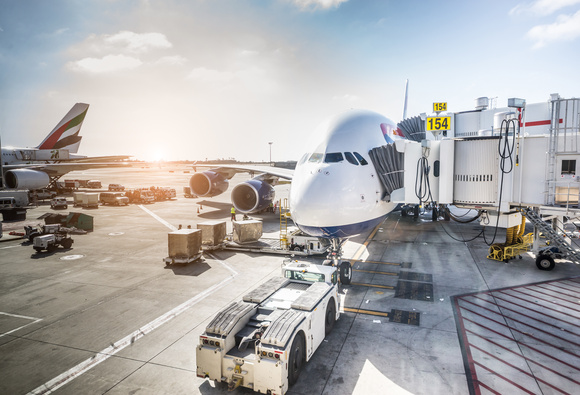 New York City, NY / August 20, 2019 / -- Attorney Jonathan C. Reiter, who has been featured in top publications such as CNN and Huffington Post, offers insight on the state of flying as a leading airline accident and personal injury lawyer.

If you fly frequently, you might have had second thoughts about boarding a plane after the recent grounding of Boeing’s 737 Max aircraft. Understandably, the string of deadly accidents involving the 737 Max has made people wary about taking to the skies for travel.

As travelers continue to wonder if Boeing’s decision to ground the Max aircraft means they can fly without anxiety, recent reports show that flying, in general, has become deadlier in recent years. According to one report, airline crashes happened with more frequency in nearly every part of the world in 2018. Additionally, the number of airline fatalities reached a four-year high in 2018, with 523 commercial aviation deaths.

The State of Aviation Safety

Is flying still the safest way to travel? Reports state that aviation travel is becoming increasingly more common, with industry experts anticipating airline travel doubling over the next two decades. One reason for the increase in fatal and serious accidents may be the industry’s race to keep up with increased demands for flights.

Additionally, industry insiders say passengers desire for lower ticket prices should also cause worry. Lower fares may result in lower profits for airlines, and safety experts worry that airlines might compromise on safety in an effort to protect their bottom lines.

On the other hand, aviation accident statistics show that flying continues to be the safest form of travel with roughly 4.3 billion people traveling by air in 2018. During the 1960s through the early 2000s, there were about 1,000 aviation fatalities each year. In the last two decades, that figure has been cut in half.

Industry safety leaders in aviation say these decreases aren’t enough, however. While safety advances continue to happen, the aviation industry has stalled on addressing important things like mid-flight loss of control, which can lead to catastrophic accidents.

Aviation experts also have concerns that passengers’ demands for aircraft designed to make increasingly longer flights could lead to more accidents. For example, Qantas Airline is planning to offer flights from Sydney, Australia to London without stopping by the year 2022.

Pilot Shortages Continue to Be a Problem

As more countries continue to develop and grow, the increase in populations will demand more access to air travel. This growth will likely mean new jobs in the aviation industry, but experts say there might not be enough qualified people to fill the positions.

For example, Boeing anticipates needing roughly 750,000 new pilots and an additional 750,000 flight technicians by the year 2037. Finding these pilots and maintenance technicians could be a problem, given the pilot shortage that continues to plague the industry. The pilot shortage has been exacerbated by several factors, according to reports. First, the airlines’ mandatory retirement age of 65 means that many of today’s pilots are approaching retirement.

Unfortunately, there aren’t nearly enough incoming pilots to fill their seats. Most airlines in the United States also require commercial pilots to have a four-year degree, and industry experts say it’s increasingly cost-prohibitive for airlines to recruit new talent.

Because of the cost associated with flight training, many people who might be interested in a career as a pilot simply cannot afford it.

To make the problem worse, the majority of new pilots start their careers flying for the regional airline of a bigger airliner, and these jobs tend to pay poorly. When a new pilot is still struggling to pay off what can add up to hundreds of thousands of dollars in student loans and flight hours, a career in aviation might not be financially feasible.

The result is that airlines continue to struggle to attract new talent. As the pilot shortage continues, some airlines have been forced to cancel flights or stop offering certain routes, simply because they don’t have pilots to fly them.

This puts added pressure on airlines to perform, which can lead to a decrease in safety standards. When airlines are overbooked and understaffed, devastating accidents can happen.

It’s important to note that the United States continues to have the best aviation safety record in the world. However, increased demand for flights, a rush to keep up with this demand, and a looming pilot shortage crisis are growing problems the industry needs to address.

If you have been injured in an aviation accident, or you have lost a loved one in a flight disaster, it’s in your best interest to speak with an experienced New York aviation accident lawyer about your case. You may be entitled to compensation.

Car Accidents in Virginia: An Overview of Pain and Suffering Compensation
Press Releases

HOW TO REPORT NURSING HOME ABUSE OR NEGLECT IN VIRGINIA: A GUIDE