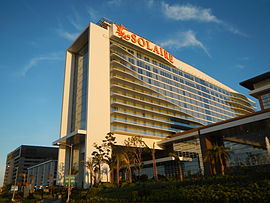 Ulatan Holdings, Inc., President Jeffrey Ulatan announced this week that he has accepted an offer to acquire 38% shares and voting rights stake at the $1.2BN Solaire Resort and Casino in Manila.

The total amount of the deal was not disclosed during the press conference, but is estimated to be about $500M (USD). Ulatan Holdings, Inc. acquisition of the hotel is part of the company's goal of investing in the booming Asia Pacific market. Despite the U.S. trade-wars, Jeffrey Ulatan has remained optimistic on his investments in the Asia Pacific Markets.