What Do I Need to Know About Filing a Criminal Appeal?

Find out the important things you need to know if you are planning to file a criminal appeal. 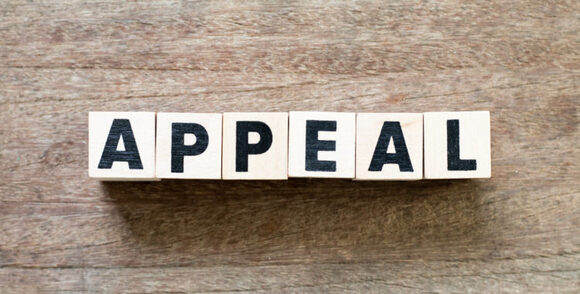 If you have been convicted of a criminal offense, you might have the right to appeal your case. When you file an appeal, you are asking a higher court to review the lower court’s decision.

Contrary to what people believe, an appeal isn’t an opportunity to ask for a redo simply because you are not satisfied with the trial court’s decision. Instead, you must have a legitimate reason for your appeal. This could be an error or some kind of prejudice on the part of the prosecutor.

When you file an appeal, you are referred to as the appellant. As the appellant, you have the burden of proving the lower court committed an error that affected the outcome of your case and should be corrected.

Appeals cases are quite complicated, and not all criminal defense lawyers take them on. When you get to the stage of an appeal, you have already been convicted of a crime. With your future and freedom on the line, it’s extremely important to work with an experienced criminal appeals lawyer.

How the Appeal Process Works

When you start the appeal process, your lawyer must first identify what kind of mistake or error occurred in your trial case. The next step is filing a brief with the appeals court explaining what part or parts of your case the lower court got wrong.

In some situations, such as death penalty cases, some jurisdictions have an automatic appeal process. In the majority of cases, however, an appeal is something the defendant/appellant must initiate on their own.

When the appellate court reviews your appellate brief, it’s limited to reviewing the record from the trial court. This means the appeals court can only examine evidence that is already in the lower court’s record.

In addition to reviewing the record, the court also considers the briefs submitted by both the appellant and the government.

The appellant will make arguments that the trial court committed an error, such as allowing the admission of evidence that should have been kept out of the case.

The appeals court may also give both sides a chance to make oral arguments before the court. This gives the court an opportunity to ask questions or obtain clarification about matters related to the case.

When Should I File an Appeal?

Additionally, the majority of jurisdictions require a defendant to provide formal notice of their intention to appeal. This means you must let the court know in advance that you plan to appeal your conviction.

Filing a Criminal Appeal in Texas

Under Texas law, filing a criminal appeal involves a number of steps. First, you must file a notice of appeal with the court. Once that happens, the clerk of courts in the jurisdiction where the trial occurred will file its record of the case.

In Texas, there are 14 appellate courts in the state. When an appeal is a file, it’s assigned to one of these 14 courts, with an exception for death penalty cases.

Each appeals court in Texas has a three-judge panel that hears oral arguments and decides cases. Under Texas law, appeals courts consider both civil and criminal cases.

Next, the appellant must file their brief. Then, the government — referred to as the respondent — files its brief. The appeals court will then place the oral argument on its schedule.

If your appeal is successful, the appeals court sends your case back down to the trial court so the lower court can amend its ruling to make it consistent with the appellate court’s decision.

Depending on the outcome of the appeal, the trial court may end up dismissing the case altogether.

Getting Help for a Criminal Appeal in Texas

The prospect of appealing a criminal conviction can be overwhelming. There are special procedural rules for appeals under both state and federal law. It’s important to work with a criminal defense lawyer who understands appeals cases and has experience preparing appellate briefs and arguing appeals cases. When your future is on the line, you want to make sure you trust the person protecting your freedom.

If you have been convicted of a crime, don’t miss your opportunity to appeal your case and correct a mistake, regain your freedom, and set the record straight. Speak to an experienced Texas criminal appeals lawyer at the Law Office of Broden & Mickelsen in Dallas as soon as possible.