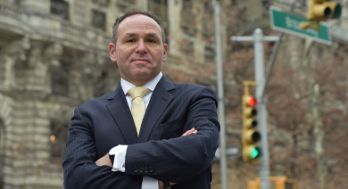 A cyclist in Westchester County, New York was badly injured while riding a popular trail.

Scott Dinhofer hit a hazardous bump while riding his bike on the North County Trailway in Millwood last month. He says he is now facing surgery and thousands of dollars in medical bills.

Westchester County is responsible for maintaining the 22-mile trail that runs from Greenburgh to Putnam.

The Millwood-based biker has joined a handful of cyclists who've had bicycle accident crashes and also sued. They all allege that the county has done nothing to fix the dangerous divots and deadly bumps.

Dinhofer's attorney, Glenn Herman, says if the county had repaved the trailway years ago after the crashes first started happening and the complaints began coming in, it might have also prevented the 2015 death of Yorktown cyclist Robert Small, who was killed after hitting a deteriorated section of the path. Last month, the county settled with Small's widow for $3.25 million.

A stretch of the path in Briarcliff Manor was the site of another serious accident.

A county spokesperson says the path is checked daily and that maintenance is done when needed.