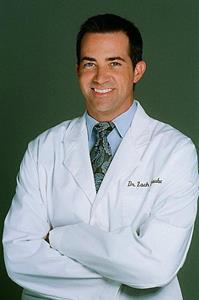 Losing weight is half the battle. Maintaining weight loss is the challenging part.

ST. LOUIS, MO (December 30, 2019) – While losing weight can be difficult, most people will tell you that they are able to shed a few pounds (or more) by reducing calories, increasing exercise or doing a combination of both. That’s the good news. The bad news, however, is that according to some studies, 80%, and as many as 95% of people who lose weight will regain it within a few months to a year. Not a very optimistic statistic. Why does this happen?

“The answer is not so simple,” said Dr. Zach LaBoube, founder of InsideOut Wellness and Weight Loss, and author of HCG 2.0 – Don’t Starve, Eat Smart and Lose: A Modern Adaptation of the Traditional HCG Diet. “People gain their weight back for a variety of reasons,” he added. “For some, they simply fall back into old habits, eat out of boredom, or slack off on their exercise routine. For others, they could be fighting a very real physiological response of their body wanting to replenish fat reserves after weight loss, and they’re genuinely hungry!  Whatever the reasons, I wanted to help.”

LaBoube, who is currently practicing in Singapore, has seen chiropractic and acupuncture patients all over the world, from Peru to Indonesia. He believes that he learns as much about holistic wellness from his patients as they do from him. “I'm currently working on a Master of Science in Nutrition & Human Performance from Logan University, but a lot of what I incorporate into my supplement line comes from indigenous herbs and remedies that I hear about from my patients,” he added.

It was during his time in Southeast Asia, followed by Peru, that he began formulating what would ultimately become CURB, a trans-dermal patch designed to curb the appetite while increasing energy and focus.

“CURB has been in the making for two years,” said LaBoube. “It’s all natural. Nothing artificial. It has zero synthetic stimulants and no caffeine. All of the 29 ingredients were carefully selected to work synergistically with one another,” he continued. “To name a few, Wild African Mango helps lower cholesterol, suppresses the appetite, provides natural mood enhancement and absolutely blows up your metabolism. Green Tea Extract is a powerful antioxidant. Moringa Plant is a super food that feeds and supports soft tissue and is great for your skin. And, of course, I had to include Peruvian Maca. You can Google that one on your own!”

All of his exotic ingredients, when accompanied by simple C and B Vitamins to facilitate absorption, each play a vital role in CURB’s overall effectiveness.  Other CURB ingredients include Cayenne Pepper (which boosts metabolism and helps burn fat), Chromium Polynicotinate (which helps block sugar cravings), Turmeric (a powerful anti-inflammatory and antioxidant), Rhodia (which increases resistance to physical and mental stress), Astragalus (which stimulates the immune system) and Beta-Alanine (which increases endurance and energy).

Since first introducing CURB a few months ago, LaBoube has received nothing but positive feedback from his patients, as well as those who are part of his private Facebook group, which has more than 19,000 members and continues to grow each day.  “I’m very pleased to see that CURB is working and giving people the confidence they need to maintain their weight loss,” he said. “But I want to emphasize that CURB, alone, is not the cure all,” he added.

“Yes, the ingredients have been found to suppress the appetite while providing energy and focus, and yes, those who use CURB have the peace of mind in knowing that they’re getting some extra help to keep their weight off. But, ultimately, they need to continue making smart choices about the foods they choose to eat to stay on track and avoid a set-back,” he added. “Maintaining your weight loss is as much about giving your body the proper nutrition it needs as it is about removing the garbage it doesn't. CURB will help, but you have to do your part as well.”

CURB is available on the InsideOut Wellness website (www.InsideOutWellness.net). Twelve patches (a 36-day supply) are $55. For a limited time, use code SNOW2019 to receive 20% OFF.