The Beitou SweetMe Hotspring Resort, situated in the famous hot spring area in Beitou, on the outskirts of Taipei, was completely renovated by Chairperson Maggie Chou in 2001 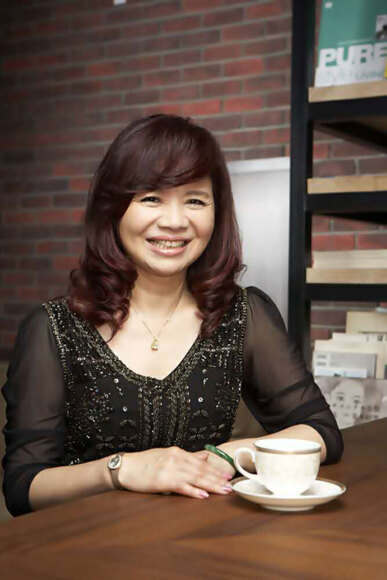 The Beitou SweetMe Hotspring Resort, situated in the famous hot spring area in Beitou, on the outskirts of Taipei, was completely renovated by Chairperson Maggie Chou in 2001. The renovation combined elegant oriental décor and state-of the-art facilities, and now is one of the best hot spring hotels in the world.

Soft-spoken and graceful, yet with great resolution and steadfast principles, Maggie was a successful businesswoman in the construction industry before she became a hotelier. Her belief is, there is no shortcut to achievement, and success can only be attained by hard work, step by step. “After I took over this resort, what I was facing was how to serve and how to manage. I think as long as we do our job with concentration, nothing can’t be overcome. Later, I was elected chairperson of the Beitou Hot Springs Association, and have encountered grave difficulties. I concentrated intently, trying to find solutions, and finally I solved them one by one,” she said.

In addition to her great resilience and effective communication skills, she consulted for advice and kept learning. Some people showed skepticism when dealing with her in the beginning, but later made a turn to support her because of her deep sincerity. As a result, she changed resistance to assistance. Her good reputation is growing rapidly in local commercial districts, of which she always plays a role of cohesion due to her trustworthiness.

Afterwards, Maggie was elected chairperson of the Taipei Hot Springs Association, and successively chairperson of the Taiwan Asia Pacific International Hot Springs Travel Association. No matter which organization she was with, she always joined discussions actively and urged participants to rack their brains for creative ideas. She has tried her best to unite all commercial districts in the hope of attaining international level. For example, in 2011, a ceremony of the “Divine Sedan Chair” was jointly conducted with Ehime Prefecture at the Hot Spring Festival in Beitou and the next day, this event was a sensational headline in all local and the international media. This event has made the Taipei Hot Springs Festival an international brand.

Maggie believes that sincerity returns sincerity, and earnest returns earnest. In five years after she was recommended to take the post of chairperson of the Taipei Business District & Industrial Confederation, she participated in more than 2,000 events domestically and internationally. Each year, she would figure out a creative subject to promote, and the performance of each event she attended turned out to be so impressive. Most of the members in associations are moved because of her altruism. She always thinks for others, and tries to figure out how to develop the tourism industry wholeheartedly without caring about her own benefits.

At the end of 2019, Maggie was elected chairperson of the Taiwan Commercial District & Industrial Tourism Development United Confederation. Her first assignment was to unite all 48 associations and organizations under 6 municipalities to promote tourism to reach internationalization and sustainability.

Maggie said, “I am so much obliged for those who supported and helped me in my career. I self-reflect and self-adjust often. I can perceive the unpredictability of consumers and unite all the commercial districts to cope with the changes in the market. Now that I am the chairperson of the Taiwan Commercial District & Industrial Tourism Development United Confederation, I will run this organization as my own. I urge all commercial districts not only to keep local traditional culture, but need to have modern thoughts, if we wish to attain international level.”

Maggie Chou is fully aware how hard those commercial districts have been hit by the pandemic, let alone, the hotels. At present, people still cannot go abroad on pleasure trips. In view of this situation, a few days ago, the Taipei Staycation Festival kicked off. This event was jointly planned between Maggie’s confederation and the Department of Information and Tourism, Taipei City Government as well as related tourism associations. Compared to other countries under the threat of the pandemic, Taiwan’s pandemic situation has been effectively controlled. This is the right timing to launch an event in order that 150 hotels and hostels in Taipei area may have a chance to offer budget accommodations in unison to attract more guests. Besides, in order to boost the economy of Taipei, the event will be accompanied with a wide range of commercial activities. A slogan, “Taipeinese support Taipei City,” is saying to the citizens in Taipei to highlight the city’s cohesion. Doing so, tourists’ pleasures will be provided and hotel business will be revitalized. What next? Everybody is anticipating what Maggie will come up with next.

A Forgotten Summer Resort In The City of Music
Press Releases