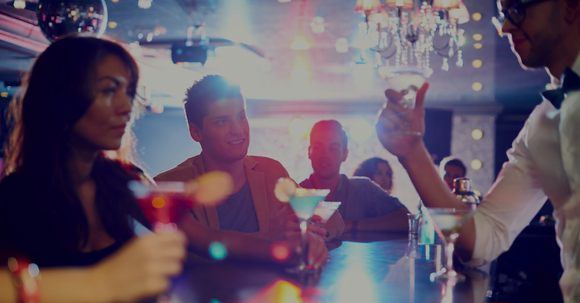 Laredo, TX – Alcohol-free spirits lovers worldwide can join "The 1651 Club" free by signing up at www.the1651club.com. Reynald Vito Grattagliano pointed out that they don't need to commit to anything to become a member.

"At "The 1651 Club," you do not have to purchase or commit to anything to become a member. You only need to sign in to receive a monthly newsletter about the alcohol-free spirits news, new products available on the market, and worldwide promotions as well," Reynald explained.

Reynald welcomes every alcohol-free spirits lover to "The 1651 Club".

THE 1651 CLUB is named after the year in which John French wrote the art of distillation book. According to Reynald, distillation involves a vital process.

"Distillation is the art of removing these precious chemicals via high-pressure steam or a mix of steam and boiling water," Reynald said. "To begin distillation, the appropriate amount of plant material is packed into a hopper. The canister is sealed to create atmospheric pressure," he explained further.

Reynald is an expert in distillation as he is the great-grandson of Eugene Richelmi, the world's first one to distillate the first alcohol-free vermouth "PASQUALI" back in 1906. PASQUALI is a local aperitif wine-based similar today to Cinzano or Martini, but alcohol- free.

Eugene Richelmi is known as the ancestor of the non-alcoholic spirits alternative.

Counter Distillation, the Idea that Started the Alcohol-Free Spirits Revolution

In 2011 Reynald was reading the book notes and formulas that he inherited from his great grandfather Eugene Richelmi and came up with the idea that revolutionized the entire beverage industry.

“The counter – distillation was born" by using a reverse engineering process to produce the world's first alcohol-free spirits collection, Arkay, and at the same time to re-launch the world's first non-alcoholic Vermouth Pasquali that was created by Reynald's great grandfather in 1906.

The counter distillation process is the mastering of blending aromas with the W.A.R.M molecule invented by Reynald that gives the burn effect like real alcohol.

"The 1651 Club" is created in memory of Reynald's great grandfather and John French, the author of the book about the art of distillation in 1651.

Reynald is a perfumer and a self-made scientist, but what's make him so special is that not only he inherited the formulas and distilling know-how from his great grandfather, he also learned how to create perfumes since he was only eight years old.

"I remember playing at my father's perfume plant in the south of France, smelling the scents floating in the air and juggling with the essences to make my creations; in fact, I was a perfume master at the early age of 13, amazingly I could recognize thousands of aromas and scents, I became a professional Perfumist - Perfume nose at 18 years old when I created famous brands like" Scarlett" that I sold later on to L'Oréal for their division Anais Anais by Cacharel," recalled Reynald.

A perfumer is an expert on creating perfume compositions, sometimes referred to affectionately as a Nose (In French: Le Nez) due to their fine sense of smell and skill in producing olfactory compositions.

About Alcohol-Free Spirits or Non-Alcoholic Spirits

Alcohol-Free Spirits or non-alcoholic spirits are the faster-growing categories of the beverages industry, which Reynald had invented in 2011.

Alcohol-free spirits mimic the taste of alcohol without adverse effects. They can be drank or consumed anywhere by anyone, pregnant women, teetotalers, peoples with religious beliefs, people who want to get away from alcohol, or simply for adult drinkers looking for a safe alternative and having fun at the same time.

Reynald's collection of alcohol-free spirits, Arkay, is available online, and Pasquali Vermouth will be available this fall in Europe first then in the U.S. and Canada.

Reynald Vito Grattagliano is an entrepreneur and philanthropist driven to solve the world's biggest challenges through innovation. Reynald is the spark behind the current alcohol-free spirit movement, having been the first in the field to imitate Spirits giving consumers a sober option to a night out.

Reynald had a vision and, in chasing that vision, was the first to produce an alcohol-free substitute for all the popular spirits. A man who knows no limits, Reynald pushes big dreams into action, spurring massive cultural and technological change. His audacious vision and magnetic personality continually inspire others to follow what feels impossible.

Reynald, the founder of Arkay Beverages, sees beyond the current business and technological landscape, creating real impact companies. Reynald's next endeavor is to travel to the moon, using lunar resources for innovation here on earth.

Whether it is business or life, Reynald is guided by one firm belief – Our only limit is our imagination.