Free across Kazakhstan from mobile phone of any operator

Kazakhstan’s Jýsan Bank has agreed terms to take over ATF Bank as part of a divestment of family assets by ATF’s owner Galimzhan Yessenov.

The two banks confirmed their deal in a statement to the Kazakh Stock Exchange and are now awaiting approval from Kazakhstan’s Regulation and Development of Financial Markets Agency. The deal is anticipated to conclude early in 2021 following formal approval from ATF shareholders at an extraordinary general meeting on December 20th.

Yessenov’s holding vehicle KNG Finance will transfer its full 99.76% stake in ATF Bank to Jýsan Bank and will, in return, receive shares in the enlarged bank. The size of this holding is to be confirmed.

In a statement released to the Kazakh stock exchange, Jýsan Bank said: “After the conclusion of the purchase and sale agreement, it is also assumed that both banks will work in a unified format within a single strategy.”

The sale of ATF has been necessitated by mounting bad debts and by its owner’s imminent divorce.

Galimzhan Yessenov, who acquired ATF in 2012 for $500 million, married Ayzhan Akhmetzhankyzy Yessim in 2007 but the couple are in the process of divorcing. This has necessitated a division of assets with ATF being transferred to his wife’s side of the family.

ATF was given a bailout of 100 billion tenge ($260 million) by the National Bank of Kazakhstan in 2017 to help bolster its balance sheet. ATF received a further bailout of $80 million in early 2020 after bad loans grew to 29% of its portfolio.

The bank has also been supported with cash deposits from Samruk, the sovereign wealth fund run by Yessenov’s father-in-law Akhmetzhan Yessimov.

Samruk has about $350 million of cash deposits at ATF while the fund’s subsidiaries hold hundreds of millions of dollars more.

It has not been decided whether these funds will be withdrawn once the deal with Jýsan Bank has been completed.

ATF Bank said: “While all above transformations undergoing, ATF Bank will continue operating as usual with preserved access provided to current services of ATF Bank in full.” 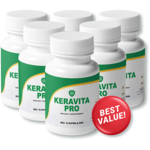 ITBizTek explains the tips for using managed IT support

Gilmedia Chooses The Right Social Media Platform for Your Business