Weilu: The Emerging Trend of Local Vlog in China

Weilu has emerged as one of the top names in the vlog industry in China. 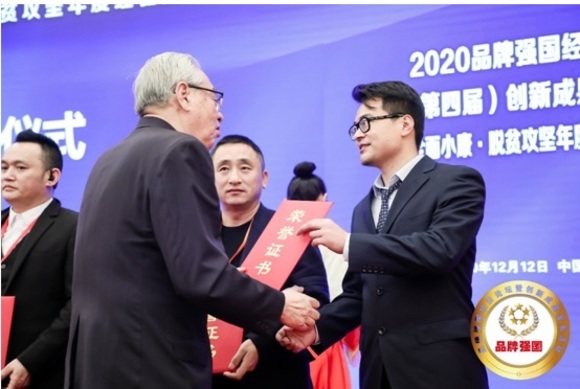 On December 12th, 2020, Weilu won the prize of the top ten tech brands during the bsan forum in Beijing and began a new trend of localized vlog in China.

Competition about vlog among internet giants in China started in 2019. With billions of internet users and previous success in short videos, China seems to be the next big market for vlogs. As shown by the public records, the top ten video companies have offered traffic incentives to vloggers in China since 2018. According to the Baidu index, in April 2019, vlog reached the highest index 17479, then decreased to 2525 in December 2020. This leaves the question: “Why Chinese people do not like vlogs like the rest of the world.”

“According to a survey conducted by Tencent Penguin Intelligence, nearly 60% of the users surveyed have never heard of the vlog, and 70% of users claim to have never seen vlog”, says Duncan Du, founder of Weilu. He added “The main reason is that people speak mandarin in China, so to most local people vlog is a meaningless spelling of letters, impossible to remember or pronounce. When we come up with the idea of creating a local brand for the vlog, we try to make it sound like a vlog and mean like a vlog, which took us 6 months to finish the task amongst 200 alternatives. It’s easy to relate weilu to vlog in Chinese by meaning or pronunciation. The other meaning of weilu is from the Chinese idiom weibuzulu, which means too small to record. Our team removed the middle part and got the word weilu.”

So far, weilu has been quoted on most search engines and online encyclopedias as the meaning for vlogs in China. “To my personal opinion, vlog hasn’t entered into the Chinese market yet. It’s not hard to understand if you didn’t assume everyone can speak English in China,” says Duncan during the interview.

According to a Chinese internet report, there are around 1 billion mobile devices in China and 300 million PC users in China. The penetration of short video is higher than 70%. Due to the nature of different types of videos, users tend to watch short videos on mobile while watching long videos on pc or pad. Watching long videos on mobile can be costly. However, internet giants are offering cheap data packs to users. With 5G network upgraded, long video like vlog may boom in China on both mobile and pc platforms.

On Wikipedia, vlog is described as a video blog or video log sometimes shortened to vlog, is a form of blog for which the medium is video and is a form of web television. Vlog entries often combine embedded video with supporting text, images, and other metadata. Entries can be recorded in one take or cut into multiple parts.

Some companies in China attempted to make the concept of vlog the same as a short video, which is not a fact according to Wikipedia. However, there may be some sort of short vlog grown on the Chinese internet web. On weilu official website, the requirement for uploading weilu is 140 seconds or more, and Chinese font is required.

There are two types of users for the vlog, the vloggers and the watchers. It is claimed by vlog tools that there will be 10 million vloggers in China by 2020. Vloggers have no problem understanding vlogs. To them, using vlogs is a word of fashion and international appeal. However, on video websites, watchers are the majority. Weilu is trying to find a new path where vloggers can remain international while watchers can understand and most importantly can remember what they are watching.