New York City bicycle crash lawyer serving the Bronx, Brooklyn, Queens and metro areas warns of potential dangers when winter biking. What you need to know if you were hurt in a bicycle injury crash? 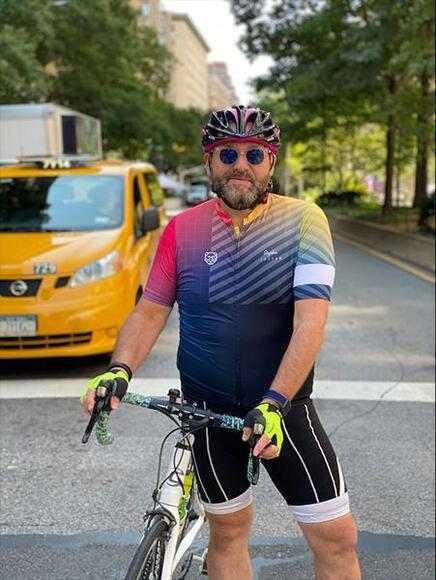 Manhattan based cyclist Attorney Glenn Herman, a New York City personal injury attorney has an update for you. Winter can be a great time to cycle in New York City. Less bicyclists are out on the streets and in the parks and the bike lanes are less crowded. A clear, sunny winter day can be an excellent time to get in some exercise or as a means to commute to work. This year the pandemic has turned the world on it's head. "According to the Department of Transportation, the average number of cyclists crossing the East River Bridges in October, the most recent month available, increased by 30% compared to last year." Cold weather biking is a safe, socially distancing way to get around New York City and the mask you’re wearing due to the pandemic will help to keep the wind off your face.

However, the snow and ice, do pose dangers that are not present when the ground is clean and dry. Bicycle crashes caused by snow or ice on the roadway or in a bicycle lane present challenging legal issues for people who are seriously injured in such crashes.

The New York City Department of Sanitation "DSNY is responsible for snow removal from the City’s 19,000 lane miles of roadways. In preparation for snow, DSNY personnel begin equipment readiness, including loading salt spreaders, attaching plows, preparing tire chains and notifying supplementary personnel." As a recent snow storm just demonstrated, clearing snow from protected bike lanes is a difficult undertaking and challenging to maintain many miles of usable bike lanes free of snow. Compounding this problem is the fact that many protected bike lanes are too narrow for most of New York City's sanitation department’s equipment."The Sanitation Department has about 100 narrower snow removal machines, but that does not appear to be enough to cover the entire city:," which results in snow covered impassible bike lanes requiring cyclists to ride in the roadway exposing them to the dangers of vehicular traffic.

Should a cyclist suffer and become a victim of a bike crash because of snow and ice on the roadway or in a bicycle lane and sustain serious injuries, the medical bills, in most cases, must be paid by that cyclist’s health insurance. While a claim for non economic damages, or money for pain and suffering for injuries is allowed in the case of crashes from snow and ice by holding the City of New York, or another property owner, responsible for not timely clearing the snow and ice which produced the dangerous injury causing condition can be a difficult burden.

If a cyclist is injured because of a defective condition on a roadway such as a pothole, steel construction plate, unmarked speed bump or other defect, different rules apply. Under such circumstances, a cyclist’s ability to recover money damages is less challenging than if the injury was solely caused by snow and icy conditions.

As for biker's involved in injury causing crashes with motor vehicles including cars, taxi’s, buses and trucks, regardless of the weather conditions, under the New York No-Fault Insurance law, injured cyclists are entitled to have their medical bills, lost wages and other expenses paid by the insurance of the vehicle involved. Under the New York Insurance Law Article 51, the window for filing a case for No-Fault insurance benefits is short. Thus, people suffering injuries as a result of being in a motor vehicle crash should not delay in making a claim to the responsible insurance company.

Cyclists who have sustained “serious injuries” from a crash with a motor vehicle, are also entitled to sue for non economic or pain and suffering money damages. As with your No-Fault claim, it is important to speak with an experienced manhattan bicycle injury lawyer without delay so the proper steps can be taken to protect your legal rights.

References and content credits to following New York City based publications and resources.

Attorney Advertising.” The information is not, nor is it intended to be, legal advice. We invite you to contact us and welcome your calls and e-mails regarding your individual situation. Contacting us does not create an attorney-client relationship. Some cases may be handled with co-counsel. https://hermannyc.com/attorney-advertising-terms-of-service/ 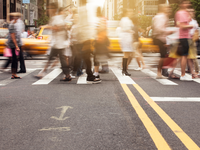 Getting the Right Way to lost Weight - By RCMC Medical Center

Glucofort Customer Reviews 2021 - Everything about the Blood Sugar solution Glucofort

Innexo CEO David Jonathan Benouaich: "Our investment portfolio for 2022 is robust and exciting."