Is It Arson If the Fire Was Accidental? Dallas Arson Criminal Defense Lawyer

Arson is a serious offense in Texas, and someone convicted of arson can face up to 20 years in prison. 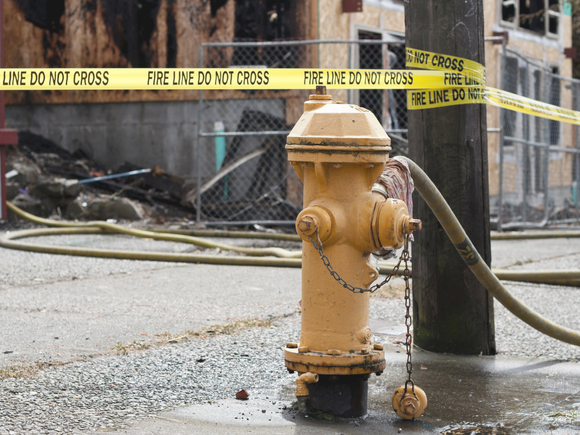 Due to the severe destruction they’ve caused, the recent fires in California have made headlines around the world.. As thousands of people have been forced to evacuate and firefighters battle to save homes and property, investigators have already started to search for the causes of the fires.

In at least one case, a man has already been arrested for suspected arson. However, many people are unaware that arson can be difficult to prove. As with any crime, intent is always a key issue in proving that someone committed a crime. For example, did a hiker who failed to stomp out a campfire intentionally set a fire? What if the person was just lazy and left a fire to smolder, assuming damp conditions or rain would eventually snuff it out?

When fires burn out of control, causing millions of dollars in damage and possibly even injuries or deaths, you can be certain that prosecutors take them very seriously. Fire investigators do everything they can to track down people who might be responsible for setting the blaze.

However, it is possible to defend yourself against arson charges if you find yourself at the receiving end of them. There are several possible defenses an individual can raise if they have been accused of setting a fire. Arson is a serious offense in Texas, and someone convicted of arson can face up to 20 years in prison. This is why it’s important to talk to a Texas criminal defense lawyer if you’ve been charged with arson.

Why does anyone commit arson?

Understandably, it’s hard for most people to comprehend why anyone would deliberately set a fire. There are several reasons why someone might engage in arson.

People have been known to set fires as a form of political protest. In West Papua, for example, political protests resulted in a government building being burned down, to show anger over the government’s arrest of students following their efforts to gain independence from Indonesia.

In other cases, an individual may set a fire in an attempt to get back at someone over slight or insult, real or imagined. For example, a tenant who was evicted from his apartment might go back to the apartment complex and set a fire as a form of revenge against their landlord.

This exact scenario occurred in England, when a man returned to his former apartment and set it on fire after his landlord evicted him for not paying rent. Fortunately, other tenants managed to escape without suffering any injuries. However, just because no one was hurt or killed doesn’t mean the man who set the fire won’t face serious charges for arson and endangering people’s lives.

Perhaps the most common reason for arson is an attempt to collect insurance money for a fire. In some cases, a business owner who is dealing with a struggling business might set a fire because they want to avoid filing bankruptcy or losing their livelihood.

Homeowners may also deliberately set a fire if they are unable to pay their mortgage or would otherwise like to get out of the responsibilities of home ownership.

Financial records are one of the first things fire investigators typically look at when examining why a fire might have occurred. Whether it’s a business owner or private property owner, investigators want to know if there was any financial motive for an individual to set a fire.

Recklessness and Arson Under Texas Law

Deliberate cases of arson are one thing, but what about fires that start because someone wasn’t as careful as they should have been? If you’ve ever attended a cookout or party in the summer, you might have enjoyed sitting around a fire in someone’s backyard or woods.

Or maybe you and some friends built a bonfire as teens. It’s easy to imagine any type of fire getting out of control — or someone failing to fully extinguish it once the festivities conclude. If alcohol is involved, and people aren’t paying attention, a fire can quickly spread and become unmanageable.

"Under Texas law, recklessness can be enough to get someone charged with arson. If you intentionally start a fire or you start a fire while under the influence of a controlled substance that causes you to act recklessly, you could face charges for arson. Under Texas law, arson is a state felony." Mick Mickelsen Arson Defense Attorney in Dallas

Talk to a Arson Defense Attorney in Dallas

If you have been charged with arson, you should discuss your case with a Dallas arson defense lawyer as soon as possible. Arson is a serious crime in Texas, and a conviction could result in fines, jail time, and additional penalties. Protect your reputation and your freedom by speaking to an experienced arson defense lawyer right away.