This press release us about the collaboration between eSports company, WePlay, and the World Boxing Champion, Oleksander Usyk. 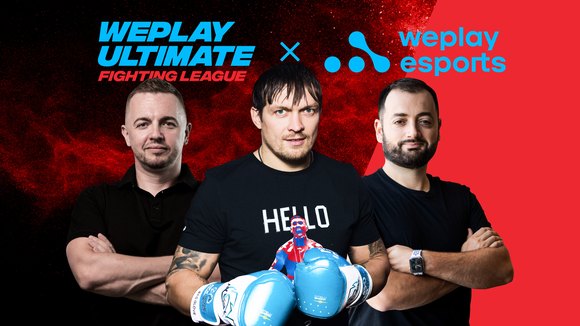 The company made this partnership alongside its managing directors Mr. Oleg Krot and Mr. Yura Lazebnikov who are equally excited and pleased to have Oleksandr for their new league named Ultimate Fighting League.

Born on January 17, 1987, the Ukrainian Olympic world heavyweight champion, Oleksandr is an undisputed world boxer who is highly professional, trained, and an M. Ali Trophy holder. Since his very young age, he is playing boxing and has so far defeated many renowned names in boxing. Pursuing boxing seriously as his professional career in 2013, he has fought around 18 fights without a single defeat, with 13 endings in knockout victories. Adding to this, he is an unneglectable contender for the WBO heavyweight title too. He is not only a Boxer but running his own company named Usyk-17 Promotions, producing sportswear and accessories. Not only this he is also working with famous boxer Vasily Lomachenko to successfully managing the brand LOMUS.

Oleksandr was once used to play games and has been the biggest supporter of it. Joining WePlay Esports gives the star an opportunity to get re-skilled and efficient at playing world-class gaming leagues and tournaments with number one players.

While talking about his partnership with WePlay Esports Oleksandr said; “Competitive gaming is both a popular hobby for many young people and a promising direction for investors. I chatted with Yura Lazebnikov and Oleg Krot, they told me the specifics of the industry, and I decided to try my hand in this business. Besides, I played games before, and now I'm back to this hobby.”

Having its offices in the USA, China, and Ukraine, the WePlay Esports company is properly equipped to provide innovative and highly advanced products and services globally in the market of esports, media, and entertainment. Through this fighting game the Ultimate Fighting League, the managing directors Oleg and Yura are excited to provide numerous gaming opportunities to esports and e-gaming fans.

Talking about this partnership and new league, Mr. Yura said; “We decided to create a company that would target the fighting game community while allowing a wider audience to appreciate our creative approach to events. Fighting game fans are often passionate about esports, and we offer spectacular and high-quality content and production that are traditional for WePlay Esports. We are ready to surprise and revolutionize the esports industry once again.”

While Mr. Oleg Krot said, “The new company team will develop WePlay Ultimate Fighting League and diversify the pool of supported esports disciplines. These activities are in line with the media holding company’s global goal to expand its presence in North America with its vibrant fighting game community,”

For more information and get the latest updates about esports or the league, visit the official website https://weplay.tv.