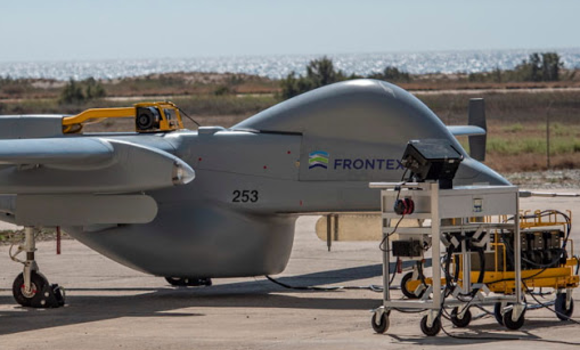 We strongly commend the decision by MEPs from the Civil Liberties, Justice and Home Affairs (LIBE) Committee to set up a Working Group, to look into allegations around Frontex’s role in the illegal pushbacks of sea migrants and asylum seekers, the Euro-Mediterranean Human Rights Monitor said in a statement.

On January 29, 2021, MEP Tineke Strik, Greens/EFA Coordinator in the LIBE Committee, announced reaching an agreement in the European Parliament to set up the Frontex Scrutiny Working Group to thoroughly investigate all allegations on violations of fundamental rights committed by the European Border and Coast Guard Agency (Frontex) and draft recommendations.

Earlier this month, Euro-Med Monitor launched an extensive report entitled “Frontex: Accountability Declined” highlights a pattern of the excessive and alarming autonomy of Frontex, as its budget, role and staff are augmented by the EU without clear legal boundaries.

The report analyzed 10 incidents where Frontex has contributed to, covered up, thwarted the reporting of, or neglected serious illegal pushbacks of asylum seekers and migrants at sea by Greece’s coastguards. The report presented a lengthy detailed argument on how such measures violate International law and the EU charter and principles and underlined the dangerous consequences of the EU Commission’s inability to hold Frontex accountable.

“The efforts of MEP Strik and her colleagues at the LIBE Committee are a crucial step on the path of ensuring the agency’s compliance with International Law and EU principles, and defending the rights of refugees and migrants,” said Dr. Ramy Abdu, Euro-Med Monitor Chairman, “We also encourage the Working Group to investigate Frontex’s contracts with Israeli companies to import “field-tested” predator drones to monitor sea migrants. Drones whose value was demonstrated by their use in the course of oppressing the Palestinian people and occupying their territory.”

The Euro-Mediterranean Human Rights Monitor stresses the need to hold Frontex, as well as Greece, accountable for their pushbacks and other violations committed at the European external borders; to impose more stringent transparency and accountability measures over Frontex’s practices; to ensure that Frontex activities fully respect international human rights and refugee law, as well as the law of the sea; and to quickly put in place an independent monitoring mechanism.

Dozens Injured in the Jerusalem Clashes