Today, DJ KURO whose real name is Hideyuki Kuromiya stated that his latest beat album, “One More Beat”, is a lo-fi musical masterpiece. Hideyuki Kuromiya is a popular and rising musician who specializes in lo-fi jazz music, based on hip-hop beats and jazz samples.

“Lo-fi” means “low-fidelity,” a term for music where you can hear imperfections that would typically be considered errors in the recording process. “Lo-fi” can apply to several genres, as the term speaks specifically to how music is recorded rather than the style of the music.

Hideyuki Kuromiya has many aliases in the music industry. DJ KURO, DJ Kromier, KUROMIYA, and Hb are names that he has been called throughout his journey. The lo-fi jazz music producer started his musical career around 1995 in Japan, where he played in areas like Shibuya, Roppongi, and Ginza.

DJ KURO released an EP on CD in 2009 that received praises from DJ Claude Young, a notable industry DJ from Detroit. Since then, Hideyuki Kuromiya has released a considerate amount of albums and songs for both domestic and international artists. The DJ has received industry approval from A&R’s at SKIO MUSIC, a Canadian music platform.

Born in Hokkaido, Japan, the eighties baby became interested in music during his time in elementary school as a Japanese drummer. But despite his passion for music, he didn’t do well during his grade school years and actually scored low during testing periods. Inspired by Aerosmith, the lo-fi musician gained a new love for music and started playing guitar.

During the eighties, Hip Hop was very popular and reached the ears of listeners worldwide. When DJ KURO was in high school, he had a chance to experience gang-related music from the group “Mobb Deep”. This lead to him becoming the lo-fi jazz music DJ he is today.

Hideyuki Kuromiya was inspired by the passing of a dear friend and president of the record label that released his first EP. He continued his musical journey in 2015 as Hb, where he started participating in the Disquiet Junto project, a group that responds to music assignments for composing, recording, and sharing new music between multiple individuals. The group also has a San Francisco based ambient music blog that features a story about Hideyuki Kuromiya.

Hideyuki Kuromiya further competed in the Stones Throw Beat Battles (STTB), which at the time was hosted on the Stones Throw website message board. He won second place during his time participating in the battles. However, that content is no longer on that site and is now hosted on an independent platform.

In order to continue a successful career, Hideyuki Kuromiya is dedicated to his musical journey of becoming the highest and most successful musician in lo-fi hip hop and jazz.

Be sure to check out the latest from DJ KURO below: 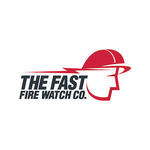 Guide to Choosing the Best Medicare Supplement Plans in California