Hafsa Burt, president and founder of hb+a Architects, has made it a point to not just talk about change, but to also pioneer it. 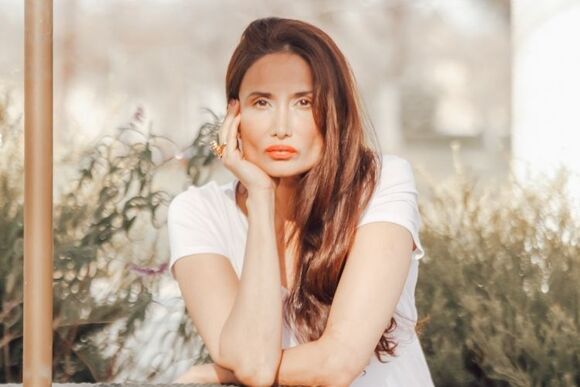 When it comes to sustainability, many people can talk the talk, but few are willing to put in the work to help make lasting and effectual changes. Hafsa Burt, president and founder of hb+a Architects, has made it a point to not just talk about change, but to also pioneer it. She has spent the bulk of her two-decade-long architectural career dedicating herself to researching, advocating for, and executing sustainable practices that would help curb the pressing issues of climate change and conservation.

For Burt, sustainability is no fad. She understood the importance of this issue even before it was a trendy buzzword. “I inherently believed, from a very young age, in living from the land without depleting it,” says Burt. “Plus, my father was researching and putting a book together on drought-resistant plants and agriculture in arid regions in the early 80s; therefore, discussions around conservation practices, resource management, and landscape preservation were common around me growing up.”

In fact, a lot of Hafsa’s extended family members were engineers. It was no surprise when she coupled her genetically predisposed love of engineering with her passion for art by obtaining an undergraduate and master’s degree in architecture. After graduating, she went on to work for some prominent architectural firms, such as SOM and FOGA, before starting her own studio in 2008. Her diverse portfolio includes projects at the San Francisco Airport and many other institutional, medical, retail/commercial, and multi-family buildings.

Though Burt was living out her dream, getting a front-row seat to construction practices and seeing how much waste the industry produced left her disheartened. She knew it was time for those in her field to take proactive responsibility for the industry’s role in Earth’s slow-but-steady degradation and depletion.

“Most architects and designers continue to work in oblivion,” she notes. “Our buildings are energy sponges. Outside of mandated codes and regulations, most buildings are produced with no regard to the impact they will have on our environment and the vicious cycle starts at extraction of materials and continues past operations to end-of-life management.”

Unfortunately, even though the current mandated codes and regulations step in a good direction, they are hardly enough to impact real change. The 2030 Challenge calls on all architects, engineers, and construction professionals to look for solutions for building operations to be carbon neutral by 2030 to avoid the worst climate impacts. The Paris Agreement calls for global rising temperature to stay within two degrees, preferably one-point-five—because it has been established that beyond two degrees, our lives might become intolerable.

So far, however, the United Kingdom and France are the only two countries that have instituted legally binding targets towards this. The Biden Administration has pledged to take more aggressive steps towards the climate crisis. Most industries are realizing how pivotal the next decade is to come together and find scalable solutions. If 65-percent of global emissions aren’t reduced by 2030, we will most certainly have lost the opportunity to stay within one-point-five to two-degrees-Celsius warming threshold. Conservation biologists have been predicting the extinctions of certain species as a result of climate change, and scientists have warned about tipping points such as the melting of summer arctic ice caps, carbonization of oceans, and more. The next decade will determine if the damage we’re causing the planet could become irreversible.

In the building and real estate industry, it is still far too easy for A/E/C and RE professionals to sacrifice the environment with shortsightedness, “Efficiency, conservation, and preservation need to take the front seat; we need to keep an eye on the life cycles of our buildings and look at the economics of climate change and redefine long term equity. I think unconventional solutions focused on scaling back that reduce our carbon footprint significantly, that are regenerative in nature and an overhaul of consumer behavior, are strongly needed,” says Burt.

To champion her philosophy of sustainability over profit, Burt pledged the 2030 Challenge more than a decade ago and is also a proactive member of the American Institute of Architects (AIA) State Committee on the Environment. She is continuously leading conversations regarding healthy building practices, eliminating toxins, and indoor air quality improvement. Not only that, but her firm also initiated a self-funded development arm called Box Lab. Their research focus is on zero-energy and zero-carbon buildings, product, and space design. To date, their most successful project is Box Factory—a beautiful, single-family home made of prefabricated efficiencies, built off-grid for all its functions, while maintaining net-zero energy and zero carbon. Even more impressive is that none of the site’s ecosystems was scathed or displaced to make the site functional. Both the native wildlife and the nearby creek, for example, were able to coexist with Box Factory.

This project’s success is standing proof to all A/E/C professionals that it is possible to see a marriage of great design with sustainable, eco-friendly development. Of course, there are no legal repercussions for neglecting the latter, but many social and environmental ones exist. It takes dedicated professionals with the skills, patience, and most importantly, morality to stand up as the vanguard who will lead, inspire, and aid others in the way of sustainability. Thankfully, Hafsa Burt is willing to take on that challenge and fight for climate justice for all. 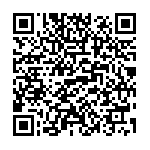