What it took for Qiana Aviles To Build Her Beauty Empire 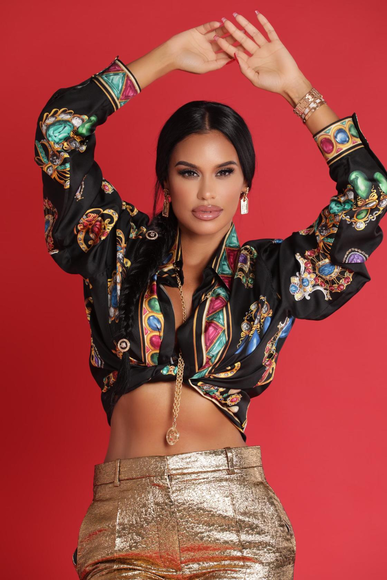 Qiana Aviles’s story is unlike any other you’ve heard before. What started out as a young girl dreaming of being an entrepreneur turned into a young woman being incarcerated due to criminal family history. Worry not, however. This story has a happy ending.

Aviles grew up in an urban neighborhood amongst the streets of Brooklyn. Coming from puertorican parents, she was instilled with rich Latin culture and a community filled with love. But for seven years, Qiana and her mother were on the run from the police. After what seemed like endless days filled with the unknown, they were both found and arrested in the state of New Jersey in 1998.

Once released, Qiana knew she had to change everything she once knew in order to create a sustainable lifestyle for herself. She decided to go back to school and pursue a finance education. She also obtained a job in real estate.

But her life changed one day while she sat in class, listening to her finance professor talk about the complex steps of building a business. She thought about her lifelong dream of reaching financial freedom, and began to entertain the idea of starting her own business.

Among her brainstorming, Qiana came up with a ground-breaking twist to the beauty industry. It was unlike anything that had ever been done before in her community, and she felt confident it would succeed if she saw it through. The vision entailed a nail salon intertwined with the relaxed, luxury atmosphere of a night lounge. Once she gave it further thought and began to feel like it was a plausible venture, she began to calculate numbers and gather research. Soon thereafter, she gained her family’s approval and decided to bring her unique idea to life.

“When I first thought about it, I thought ‘let me create something that I’m attracted to’. I wanted it to be a space that was different, but necessary to my community,” Aviles says. She chose a location in Washington Heights, on the corner of Broadway and Dyckman Street. The salon’s focus was creating nail art manicures, which was not yet a popular trend in 2010 -- another characteristic that set this business apart from the rest of its competition.

Once Nail Lounge opened its doors, it was an instant success. People lined up to get their nails done at the salon and the service received raving reviews. The location remains home to the salon almost eleven years later.

Aviles is also the CEO of Vida Essentials, originally founded in 2015 by Qiana’s mom. The hair product company is dedicated to formulating products with organic, plant-based ingredients that assist in boosting hair growth and repairing existing damage. The products were sold out of her nail salon for the first few years of business, but a tremendous rise in demand inspired the brand to go online. Since then, Vida has been booming.

Qiana is also the face of her own nail polish line, which she released in 2014 by the name of Q&A Lux Lacquer. Her first collection sold out within two weeks, and after a few color expansions over the years, she is now selling over 20 shades on nailloungeny.com.

When asked what she’ll do next, Aviles answers that she plans to expand her current businesses while also staying active in her community. Nail Lounge is set to expand into locations within New Jersey and Miami, FL for 2021, joined by her other two businesses, Face & Body and Vida Essentials. Vida has just opened its new manufacturing warehouse and offices for the first time in the brand’s history. And as for Qiana’s personal goals, she plans on learning more about prison reform and how she can help the cause. “I’ve been beyond blessed with opportunity,” she admits. “But now I feel like I have to do my part to help those women I saw beside me when I was in a cell. They may never get the opportunities I’ve been given. So I want to do what I can to empower them and help them move forward, help them change their lives.”

Follow the rest of Qiana’s journey on her social media. Shop Vida Essentials on vidahairgrowth.com. If you’re local to NYC, book your nail appointment and shop Q&A Lux Lacquer on nailloungeny.com.