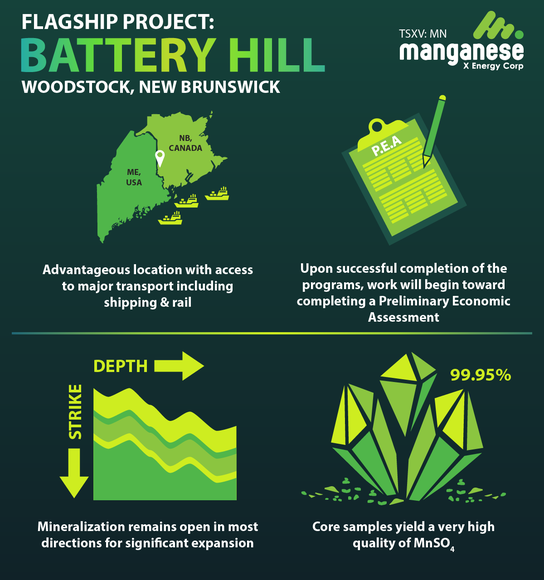 Manganese X Energy announced an arrangement agreement to complete a spin-out of Lac Aux Bouleaux (LAB) Graphite property located in Quebec, and the completion of the Graphano private placement.

“The Arrangement is expected to result in the creation of Graphano as an independent public company, which will initially be focused on the exploration of the LAB Graphite Property for graphite moving forward. Graphano is expected to have the ability to source its own funding independent of the Company.”

What does the spin-out of the graphite asset mean for Manganese X Energy investors and the future of Manganese X Company?

“ Spinning-out the graphite asset will enhance shareholder value. Manganese X shareholders will receive a dividend for every 8 MNX shares held (designated at a future specified date), they will receive 1 Graphano share which we believe will have tremendous potential. “

Why did Manganese X Energy Corporation issue “Warrants?” How does this financial instrument help investors?

“The warrants were issued on September 3rd 2020 as part of a private placement to raise additional exploration and working capital for our Battery Hill Woodstock NB project and our upcoming Lac Aux Bouleaux QC spin-out. Every investor who purchased shares was issued the equivalent of their initial investment of shares in the form of a matching share warrant at that moment. These warrants must be exercised no later than September 3rd 2023 at which time they will expire. This will allow Manganese X Energy Corp investors holding these warrants to exercise their warrants at 0.15 cents a share, or if they wish to trade them under the trading symbol MN.WT on the TSX Toronto Venture Exchange (TSXV). “

“Manganese is poised to be one of the primary elements important in shifting the direction of those involved in manufacturing all new battery systems necessary in storing electricity harvested from clean energy produced from solar, wind, and tidal systems. Manganese will become the catalyst for all new Lithium-ion batteries and future backup energy storage products.”

This new technological advancement was designed in a Tesla lab environment by Tesla researchers, “these new tabless cells, which Tesla is calling 4860 cells, will give the company’s EV batteries five times more energy capacity, make them six times more powerful, and enable a 16 percent range increase for Tesla’s vehicles.”

“While these batteries are 2-3 years away from being manufactured, the future looks very promising as the combination of significantly increased Manganese with Nickel, the elimination of Cobalt, thus improving the density of the battery, will potentially make future Nickel Manganese Lithium-ion EV batteries far more efficient and cost effective. This will be achieved by increasing Manganese's previous composition considerably from 10 to 33.3%. We are poised to exploit the increasing future demands for manganese usage in EV batteries. Tesla has indicated they will be sourcing battery materials from a future North American chain. Our manganese asset is approximately 10 miles from the US border, and further, we are the only manganese resource company in North America on a fast track to commercialization, says Martin Kepman. “ Source: Manganese X Energy Corp

If you want to know more about Manganese Sulphate MnSO4, with a future high standard of extraction at purity levels of 99.95% and very low contaminant rate, as well as the intricacies of how Manganese Sulphate performs a critical function when utilized as the precursor to the cathode, then don’t hesitate to pay us a virtual visit on the website of Manganese X Energy Corp.

When sharing on social media please help us by using these hashtags: 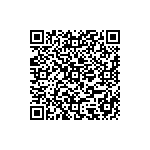