March Greatness Website launches with brackets for charity, a new fun way to give back

Alabama businesses are coming together to raise awareness for charities. March Greatness launches brackets for charity 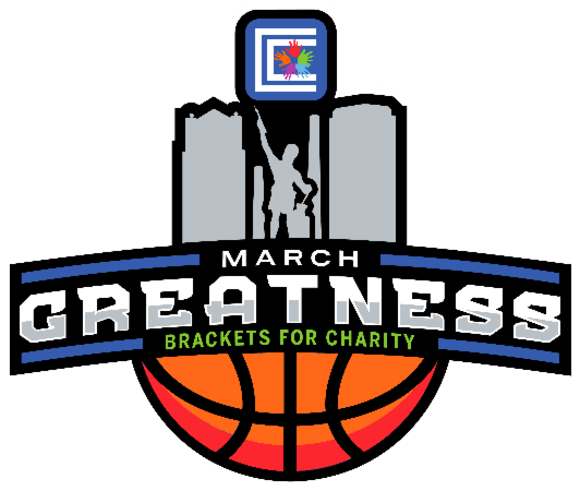 March Greatness announces the launch of their new website during the much-awaited annual basketball tournament season. The new fundraising website makes it incredibly easy for businesses to nominate local charities of their choice and for individuals to play on behalf of those charities nominated. The charities chosen from the top ten brackets will receive a percentage of the total amount raised by the event.

This trend continues based on the outcome of the event, however, a total of 10 charitable organizations in the pool will receive a cash prize at the end of the season. The charity in the 10th spot receives 1% of the total amount raised, with 2.5% being reserved for the Just Keep Smiling organization. 100% of the prize money for this fundraiser will go to charity, and you can view a full breakdown of the allocation in the image shown below:

The big thing to remember is that no matter how the game plays out, you can feel good about giving since many different charitable organizations will benefit from March Greatness.

Businesses and individuals will be able to fill out the “brackets for charity” after the NCAA tournament teams have been announced. Selection is scheduled for Sunday, March 14, after which businesses and individuals will be able to participate in the charitable fundraiser by filling out a bracket. Once a charity is nominated by a corporation or business, and is accepted, it will be listed among the charities for bracket participants to choose from when deciding who they want to play for.

March Greatness will ensure that 100% of all prize money raised from bracket entries will go to charities. The new website offers businesses an excellent opportunity to help local charities.

Charities on the roster for this year's campaign include the following:

Here’s a representation of the nominated organizations listed in this year’s event at the time of writing:

Readers can find out more about the March Greatness charity by visiting the charity's official fundraising website at https://www.marchgreatness.com.

Charities can be nominated up until Friday, March 12 which is two days before brackets are released. Once the brackets are announced, individuals will be able to donate $10 to the charity of choice and play a bracket and play on behalf of one of the charities that have been nominated. Furthermore, those who would rather skip the game bracket can also donate anywhere from $5 all the way up to $100. If anything, March Greatness's approach to charitable giving takes a lot of friction out of donating for local businesses while guaranteeing that 100% will go to charity, and adds a new level of fun competition and interaction within the community!

A Quote From March Greatness

"The response we are getting for March Greatness is overwhelmingly positive. Despite the pandemic and consequently the economic environment, leadership from our sponsors has been incredible. Some of our sponsors include SouthOak Title, ChemStation, Harris Doyle Homes, Red Street, and The Atomic Agency, which also provided marketing and promotion support for this campaign. They have been instrumental in helping us with this event." Said a representative for March Greatness.

He added that “originally the idea was simply to raise money for charities, but I’ve quickly seen how the true “greatness” in this event is the awareness that these great charitable organizations will receive. The overwhelming majority of visitors to the site will not recognize half of the nominated charities. Before filling out a bracket, individuals will have the ability to learn about these organizations before choosing who they are going to play for. There are some phenomenal people out there doing some amazing things.”

About the Just Keep Smiling Foundation