Macedonian Thrace Brewery (MTB) has been given the go-ahead to pursue Heineken for damages in relation to anti-competitive practices and market abuse by its Greek subsidiary.

The Amsterdam Court of Appeal has ruled that MTB can bring a legal claim in the Dutch courts against not only Heineken but also Athenian Brewery, its Greek operating company.

MTB’s lawsuit against Heineken follows a ruling by the Hellenic Competition Commission (HCC) that found Athenian Brewery had abused its dominant position in the Greek market for more than 16 years. Athenian was fined a record €31.5 million.

MTB, an independently owned Greek brewer, filed a claim for damages against Heineken in the Netherlands in 2017. It argued that the case should be heard in the Dutch courts because Athenian Brewery’s illegal activities had been carried out under the supervision and with the knowledge of executives at Heineken’s headquarters.

Demetri Chriss, Director of Business Development at MTB, said: “Heineken’s attempt to distance itself from the bad behaviour of its Greek operating company, Athenian Brewery, has failed. Heineken and Athenian Brewery will now both be held accountable in the Netherlands for the market abuse that was documented so powerfully in the HCC’s historic ruling.

“This judgment also sends a strong message to the ‘too big to fail’ multinationals that use layered ownership structures to avoid parental liability for the actions of their badly behaving subsidiaries”.

The Greek market abuse case is not the first time that Heineken has been in trouble with competition regulators. In 2007, the company was fined €219 million by the European Commission for participating in a cartel with its rival AB InBev and other brewers. In 2019, Heineken reached a $2.5 million settlement with US regulators over anti-competitive behaviour and, last year, Heineken UK was fined £2m for having “seriously and repeatedly breached” competition rules for pub operators. Heineken was described as a “repeat offender” by the UK ombudsman, the Pubs Code Adjudicator.

In Greece, the competition authority ruled that Heineken’s Athenian Brewery “implemented a single and targeted policy that sought to exclude its competitors” from the Greek beer market by offering “significant payments” and “economic motives” to retailers and wholesalers.

Demetri Chriss said: “Given the length and scope of these abuses, this may ultimately prove to be the costliest infringement yet for the Dutch brewer. It is our understanding that based upon the ruling by the Hellenic Competition Commission, other brewers have also filed claims in Amsterdam against Heineken and its Greek subsidiary.”

Though this has been a difficult year for many businesses, MTB has weathered the COVID-19 storm well thanks to its strong domestic support in Greece. Vergina alcohol-free beer launched last year is already outperforming rival brands and has helped MTB increase its overall market share year on year.

Demetri Chriss said: “We have continued to invest in our products, our growers and our community in these challenging times, honouring our commitments to them in full. We believe that by showing confidence in Greece, Greek beer drinkers are showing confidence in us and supporting our brands.”

Macedonian Thrace Brewery (MTB) was founded in 1996 by brothers Michael and Demetri Politopoulos in Komotini, Greece. Proud Greek nationals, they set up MTB as an independent brewer at a time when no premium Greek beer brands existed in the market. All Greek beer production was then either partly or wholly owned by foreign breweries. Its premium Vergina lager launched to market in February 1998. 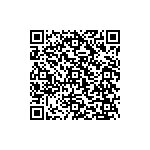