Launch of DigitalBits Mainnet 2.0 Ushers Next Chapter of Stablecoin Development

Stably’s Stablecoin-as-a-Service streamlines the issuance of stablecoins on the DigitalBits blockchain, providing organizations with the tools necessary to easily deploy their stablecoin solutions 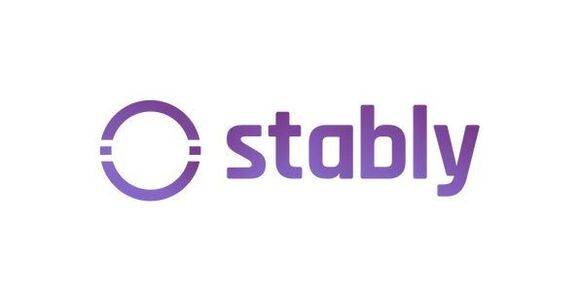 Stably’s S-a-a-S can now be utilized on the DigitalBits blockchain after the launch of DigitalBits Mainnet 2.0. This allows users of the Stably platform to take advantage of the network’s high throughput (+10,000 TPS) and low fees. It also provides a welcome alternative to the high gas fees and long wait times currently experienced when using the Ethereum network.

In November 2020, the XDB Foundation, the primary contributor to the DigitalBits Project, and Stably Corporation, a Seattle-based fintech company focused on stablecoin development, announced a partnership that brought together two of the world’s leading stablecoin proponents. Established in 2018, Stably has worked with a number of blockchain protocols, namely Ethereum and Binance Chain, to further the widespread use of stablecoin technology. Their Stablecoin-as-a-Service (S-a-a-S), introduces a white label stablecoin solution, streamlining the issuance and deployment of stablecoins on-chain.

“We’re very excited to support DigitalBits transition to Mainnet 2.0,” said Stably CEO Kory Hoang. “Through solutions such as S-a-a-S, we aim to make it as easy as possible for organizations to deploy stablecoins for their unique use-cases. Scaling is absolutely paramount to blockchain mass adoption, and we’re very pleased that assets deployed through Stably will now be able to leverage the speed and power of the DigitalBits blockchain.”

Stably’s USDS, a stablecoin launched in collaboration with regulated partner Prime Trust, is to be the first stablecoin issued on the DigitalBits blockchain. In addition, Stably has expressed intent to operate nodes on the recently launched DigitalBits Mainnet 2.0, contributing to network security and decentralization.

Stably has also worked with Zytara, a fintech company launched by DigitalBits founder Al Burgio, to issue the Zytara dollar, ZUSD, a stablecoin issued in partnership by Zytara and Prime Trust, which looks to address the numerous frictions currently experienced within esports and gaming. Originally launched on Ethereum, Stably is responsible for the ZUSD smart contract, and will now help to also introduce ZUSD on the DigitalBits blockchain. In addition to addressing inefficiencies with traditional payment infrastructure, ZUSD allows for a host of other benefits, including:

Esports and gaming represent a burgeoning global industry, with projections pointing towards more than 3 billion gamers worldwide by 2023. Esports have quickly usurped many traditional sports by a number of metrics, notably viewership, making them an increasingly attractive medium for both endemic and non-endemic brands to connect with consumers.

The borderless nature of the industry has allowed its rapid trajectory to continue in spite of a global pandemic, but has also exposed a number of frictions, specifically when it comes to payments and value transfer. Accounting, operations costs and transfer fees can amount to as much as 10-20% of prize pool value, and with players located all over the world, organizations need to account for different geographies, banking solutions, and tax implications. In addition to the exorbitant costs associated with international payments, these frictions have resulted in significant payment delays, with many players paid several months behind.

With traditional payment infrastructure unable to accomodate for the rapid expansion of esports, stablecoins have arisen as a possible solution. Zytara joins other notable organizations such as Microsoft and Circle that are also exploring blockchain-based solutions within gaming. Stablecoins look to address the lack of a truly borderless payment solution with esports and gaming, allowing value to flow seamlessly between network participants, 24/7/365.

“Esports and gaming represent an incredible opportunity to further the mainstream adoption of blockchain technology,” said Michael Gord, Managing Director of the XDB Foundation. “Traditional infrastructure lacks the capacity to effectively support a borderless industry such as gaming – making it a perfect entry point to showcase the power of stablecoins on a global scale. I believe that stablecoins within gaming have the potential to trigger a cascading effect, and we’ll likely see an explosion of innovation within other industries as a result of the work done here. Solutions such as Stably’s S-a-a-S are an integral component in bringing this to fruition, and I’m very excited to see all the different types of stablecoins issued on DigitalBits through this technology.”

Stablecoins continue to be an attractive area of development, with the overall stablecoin market capitalization now exceeding $50 billion. Their ability to address the extreme volatility currently associated with cryptocurrencies makes them a much more appealing entry point for the general population, and could be the means by which billions of people worldwide begin leveraging blockchain technology.

ZUSD and USDS will be among the first assets to leverage the newly launched DigitalBits blockchain, and demonstrate the value of S-a-a-S in streamlining the issuance of stablecoins on-chain. As the prevalence of stablecoins continues to grow within esports and other industries, out of box solutions such as S-a-a-S, deployed on highly scalable blockchains such as DigitalBits, will see increased attention and usage, and could pave the way for mainstream blockchain adoption.

Stablecoins seek to address the aggressive volatility perceived within cryptocurrency markets today, by pegging their value to widely used assets such as US dollars. This is generally achieved through one of three methods, real world asset collateralization (USDT, USDC, USDS), crypto-collateralized (Dai), and algorithmic stablecoins (ESD, AMPL). Stably’s issued assets and stablecoins fall into the category of asset-backed, allowing users to operate with the confidence that their digital assets are supported by recognizable value, while enjoying all the benefits of blockchain technology. Stablecoins have achieved significant success over the past few years, and have consistently led the crypto markets in trading volume since August 2019. Stablecoins are a powerful innovation within the blockchain space, and their success has led to central banks, large institutions and big tech companies exploring their own stablecoin solutions, helping to reaffirm the significant role this asset class will play in future.

The XDB Foundation is a non-profit organization focused on assisting DigitalBits and related technologies. The XDB Foundation’s core objectives include: supporting the innovation and adoption of the DigitalBits blockchain and the use of cryptocurrency in enhancing the consumer experience and corporate social responsibility initiatives, shaping commercial standards and requests for technical expansion, growing the DigitalBits community through the inclusion of diverse regions; providing accountability and sustainability practices; and facilitating partnerships and ecosystem development.

To learn more about the XDB Foundation, please visit: xdb.foundation

Stably is a fast growing FinTech company from Seattle founded in 2018 by a team of former bankers and Amazon software engineers. Stably is also the blockchain developer for a wide range of cryptographic tokens and stablecoins backed by real assets, such as USD, EUR, CAD, precious metals and real estate. Their mission is to make financial transactions faster, cheaper and more transparent through a borderless digital money platform powered by open-banking and blockchain technologies.