On the same day, 16 cooperative projects were signed on the spot, the total amount of the agreement exceeded 135 billion yuan. Chengdu's innovative exploration and implementation of global TOD is attracting the attention of multinational enterprises from the global TOD industry chain.

On the same day of the event, Chengdu once again sent an invitation to head enterprises and leading enterprises around the world to explore TOD's global cooperation and promote the creation of TOD scenes in an all-round way. As an important core in the economic circle of Chengdu-Chongqing Economic Zone, Chengdu's international competitiveness and regional driving force are increasing, and GaWc's ranking of global cities has risen from 100th place in 2016 to 59th place in 2020.

In recent years, Chengdu rail transit is advancing at "China's speed". Since the first subway was operated in 2010, there have been 558 kilometers' operational mileage by 2020. In the process of TOD comprehensive development, the sustainable development characteristics of "park city" are fully presented, the TOD human-oriented logic is practiced in the scene enablement, and the high-quality livable advantage of "living city" is planted with cohesion, the TOD world highland is built in the open cooperation, which can help to enhance the global convergence function of "platform city".

At this forum, Chengdu TOD once again attracts the global enterprise attention, and Chengdu Metro Group will carry on the strategic cooperation with the Wal-Mart Sam Member Store, Singapore Ascott Group, Japan Ito-Yokado Group and other well-known brands to promote its core high-quality resources to the TOD project. Over the next five years, Chengdu plans to introduce more than 100 top commercial brands and the world's first stores, well-known stores to settle into the Chengdu TOD project.

With the gradual formation of TOD, now, Chengdu TOD Yingcheng mode is not only widely favored by the business community, but also widely praised by the public. "Choosing TOD and enjoying park city comfort" has become a new definition of better life for the citizens -- enrich scene supply and stimulate the new vitality of the city. The urban commuting efficiency improvement project aimed at "rail + bus + slow-traveling" diversified green travel choice has been included in "Chengdu's Top Ten Happiness Life Projects" in the next five years. Chengdu is building a highly integrated commuting system by means of "commuting circle", "life circle" and "business circle", so that the commuting scene embodies the city temperature everywhere, and makes "way to work" and "way back home" more comfortable and convenient.

It is reported that by 2035, Chengdu will plan to build 1666 kilometers of rail transit, covering 60% of the central urban residential employed population. At that time, rail transit development index, efficiency index, service index and safety operation index will be among the first squares in China. 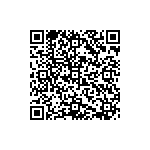