Airline and private plane crashes cause devastating injuries, death and financial ruin to the families of victims. 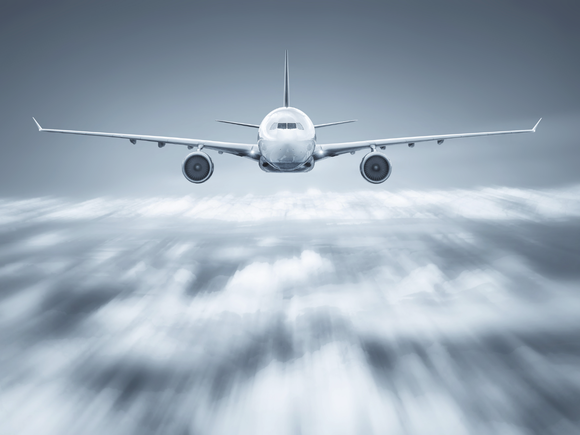 While the majority of aviation injuries don’t involve a crash, it’s important to note that when crashes happen people who survive them may be left with serious injuries.

Airline crashes dominate headlines when they happen and typically result in multiple fatalities. Passengers may also suffer serious aviation injuries during flight or in the airport. These injuries can include slips, trips and falls as well as trauma sustained due to falling luggage or an unsecured beverage cart. Disabled passengers who request wheelchair assistance getting on and off the plane or between flight connections are sometimes not provided with a wheelchair, and this can result in serious injuries or death.

>> What Should I Do If a Loved One Dies In An Airline Accident?

These accidents may not get widespread attention, but they can leave an individual with serious injuries. Furthermore, any kind of aviation accident case can be complex, as these types of cases often involve multiple defendants as well as parties from various states and even different countries.

While the majority of aviation injuries don’t involve a crash, it’s important to note that when crashes happen people who survive them may be left with serious injuries. Whether the plane is a commercial jetliner or a small private plane, it’s rare for someone to simply walk away from an aircraft accident. If you’ve been hurt in a commercial or non-commercial crash, you may be dealing with long-term and catastrophic injuries. If another’s negligence caused your injuries, it’s important to get the help you need to pursue compensation.

By far, the most common cause of airline accidents, including both commercial and non-commercial, is pilot error. Other causes include:

When an aviation crash or accident happens, it can be investigated by two federal agencies tasked with overseeing the air and travel industry in the United States. These two agencies are the Federal Aviation Administration (FAA) and the National Transportation Safety Board (NTSB).

This is part of what makes aviation accidents so complex. If you’re involved in this type of accident, you can quickly get confused about your rights and what steps you should take next. This is where an experienced aviation accident lawyer can help.

Should You File a Personal Injury Claim After an Aviation Accident?

If you have been injured in an aviation accident, you should discuss your case with an experienced aviation injury lawyer. One of the first questions your lawyer will consider is who is potentially liable for the accident that caused your injuries?

This can be any number of entities or individuals, including:

Aviation accidents can involve many possible defendants, which is one of many reasons why it’s a complicated area of law. In some cases, even the federal government could potentially be responsible for the accident.

In an aviation accident case, it’s important to determine who acted negligently. “Negligence” is the legal theory that holds that someone who has a duty to act as a reasonable individual would under similar circumstances is liable for the harm that results when they fail to meet this duty of care. In addition, international flights are governed by special laws that provide for compensation even if there is no negligence.

2. Damages in an Aviation Accident Case

An individual who prevails on an aviation accident claim can be awarded damages to compensate them for their losses. These damages can include:

Damages can include both past and future damages. For example, a court in an aviation accident case may award an injury victim compensation for both past medical expenses and future ones. This is common in catastrophic injury cases, where expert testimony can show that an individual will need ongoing medical care and treatment.

The court may also choose to award punitive damages. Punitive damages are designed to punish a negligent party for its negligent behavior and deter others from doing the same.

3. What Is a Common Carrier?

If you have been injured in an aviation accident or crash, you may hear the term “common carrier.” A common carrier is a business that offers transportation. This can include the transportation or shipment of people or products. Examples of common carriers include buses, cabs, trains, charter buses, cruise ships, and commercial planes.

As you might expect, aviation accident cases can be complex. To prove their case, injury victims may rely on a number of different types of evidence, including:

The following are some of the most frequently asked questions and answers regarding aviation accidents.

1. Who is responsible for my aviation accident injury?

The possible liable entities and parties depend on the unique facts of your case. In an aviation accident case, there can be many potentially liable parties, including the pilot, the owner of the aircraft, maintenance personnel, the airport or its employees, or the manufacturer of the airplane or airplane parts. Other potential liable parties may include the aircraft’s crew, fellow passengers, or people in the airport.

When an aviation accident occurs, it gets investigated by the FAA and the NTSB. These are two separate and independent federal agencies.

3. What causes most aviation accidents to happen?

4. Are there different laws for commercial versus non-commercial aircraft?

Yes, there are different laws for general aviation. Commercial airlines and military aircraft have separate regulations from the general aviation industry. International flights also are governed by special rules relating to compensation.

5. Do I need a lawyer if I’ve been injured in an aviation accident?

You should protect yourself by speaking to an aviation lawyer as soon as possible following an aviation accident.

6. What kind of compensation can I get for an aviation accident injury claim?

Discuss Your Case with a NYC Aviation Accident Lawyer

If you have been hurt in an aviation accident or crash, it’s important to protect your rights by speaking to a airline injury / accident lawyer as soon as possible. There are time limits for filing a claim, so don’t hesitate to review your case with a personal injury lawyer, as a delay could cause you to miss the deadline for filing, which can prevent you from pursuing the compensation you deserve.

How Can an Aviation Accident Attorney Help You? >>

Attorney Advertising
Prior results cannot and do not guarantee or predict a similar outcome with respect to any future case. Recoveries always depend upon the facts and circumstances of each case, the injuries suffered, damages incurred, and the responsibility of those involved. Damages for Emotional Distress in a Personal Injury Case

Petplan Reviews: How Pet Plan Works and Does it Really Worth It? Review by Redadair