The Highest Crop Advocates for Full Legalization of Cannabis

The Highest Crop, a leading hydroponic and cannabis cultivation site believes that the time has come for the debate around the legalization, regulation, and taxation of cannabis to take centre stage.

The recent global pandemic has created economic turmoil the world over, with governments across the globe struggling to find solutions and plug their respective fiscal black holes and reduce the deficits caused by restrictions designed to curb the spread of the virus.

With all G7 members coming under severe financial strain from dealing with the pandemic and with many experts predicting a worldwide economic downturn that could potentially last years, many pro-cannabis advocates are now escalating their calls for cannabis legalization; arguing that the economic opportunities alone could help significantly in treasuries clawing back revenue via taxation and suggesting that regulation should be looked at once again.

Whilst some western countries, such as Canada, have led the world in cannabis legalization, the United States has yet to fully legalize cannabis on a federal level, and while some states have legalized cannabis locally, large swathes of the country are yet to be convinced of the benefits, both economically and socially.

The United Kingdom meanwhile, is even further behind and with the exception of a recent piece of legislation that allowed severely ill individuals access via prescription to cannabis-related products, cannabis as a whole remains illegal and possession in many cases still leads to criminal convictions and jail time.

The Highest Crop, a leading hydroponic and cannabis cultivation site believes that the time has come for the debate around the legalization, regulation, and taxation of cannabis to take centre stage. The cannabis cultivation media organization feels that the opportunities presented by legalization should be reconsidered on both sides of the Atlantic for economic, medical, and moral reasons, and many industry-leading experts agree.

A recent report carried out by Health Poverty Action - a non-profit organization that seek to improve health and challenge the causes of poverty - state that;

"A system similar to the established cannabis markets in the United States could generate as much as £2.26bn - $3.1bn a year from tax and license fees for the UK economy…"

Even conservative estimates from economists indicate that the potential revenue generated could easily top £1bn (around $1.37bn) and these sort of figures must surely make the UK government sit up and take notice.

These potential earnings - whilst significant for the UK - are nothing when compared to the potential revenue that could be created by legalization at a federal level in the US.

A report from industry-leading cannabis research company, New Frontier, suggests that legal cannabis could generate an additional $105.6 billion in aggregate federal tax revenue by 2025, enough to give every US adult an annual rebate of almost $600.

The Highest Crop argues that the financial incentives and opportunities that await federal and nationwide legalization of cannabis and a robust regulatory market around the recreational use of the now Class I substance, as well as the now proven medical benefits associated with high CBD varieties in particular, are reasons enough to look again at the issue and begin a serious debate around how society now views cannabis use more generally; arguing that continued prohibition around the world is primarily based upon outdated and unfounded prejudices.

Many pro-cannabis advocates from a variety of fields, such as law, botany, economics, and journalism recently contributed to an article produced by The Highest Crop; breaking down cannabis legalization and the associated economic benefits.

In the very near future, The Highest Crop is looking to head up a letter to leading politicians calling for a review of legalization and the potential economic benefits.

About The Highest Crop

The Highest Crop was founded by Roy Stevens in 2019. The platform was created to provide in-depth guides and reviews for cannabis cultivators. The website creates and publishes top-quality content for indoor cultivators and cannabis enthusiasts. 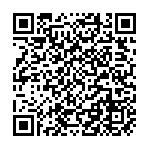