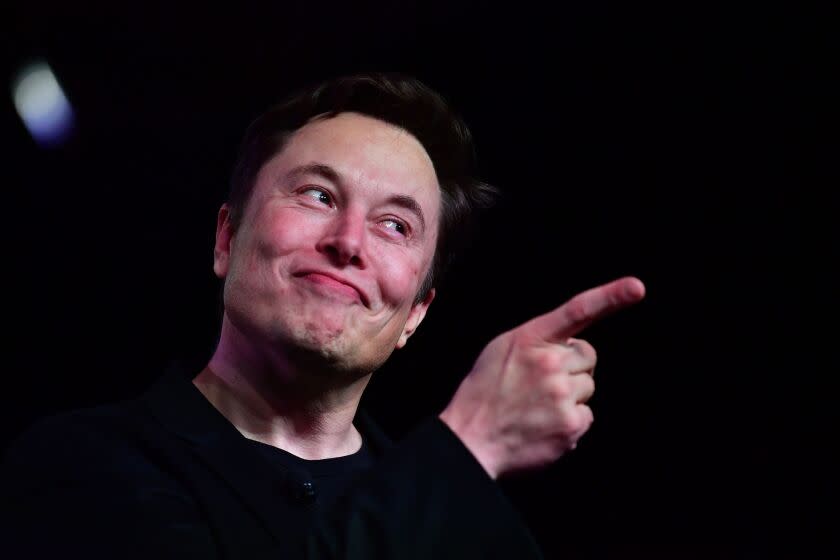 Apple Chief Executive Tim Cook and Tesla Chief Executive Elon Musk are talking on the phone. The 2016 unveiling of the make-it-or-break-it Model 3 is coming soon, but Tesla is in serious financial trouble. Cook has an idea: Apple buys Tesla.

Sure, says Cook. When Apple bought Beats in 2014, it kept on the founders, Jimmy Iovine and Dr. Dre.

So goes the juiciest allegation in “Power Play: Tesla, Elon Musk and the Bet of the Century" by Wall Street Journal reporter Tim Higgins. The secondhand anecdote is atypical in a way — Higgins doesn't break much news or gossip — but it also nicely encapsulates this sweeping history of the electric-car juggernaut, a company that often seems to innovate and thrive in spite of its founder rather than as a result of his vaunted genius.

To the inevitable disappointment of some and the relief of others, this is a book about Tesla, not about its founder. Elon Musk already does a fine job aiming the spotlight on himself. As Higgins details, it took a village to build Tesla. “Power Play” at its core is about the many employees not named Elon Musk who made essential contributions to whatever success the carmaker enjoys today.

Don't fret: Musk is always part of the story, contributing his own brand of drama to keep things moving along. But in this book, the self-anointed "TechnoKing" (his actual job title at Tesla) serves not as...