Everything We Know About Revel’s New Rideshare Teslas - Curbed 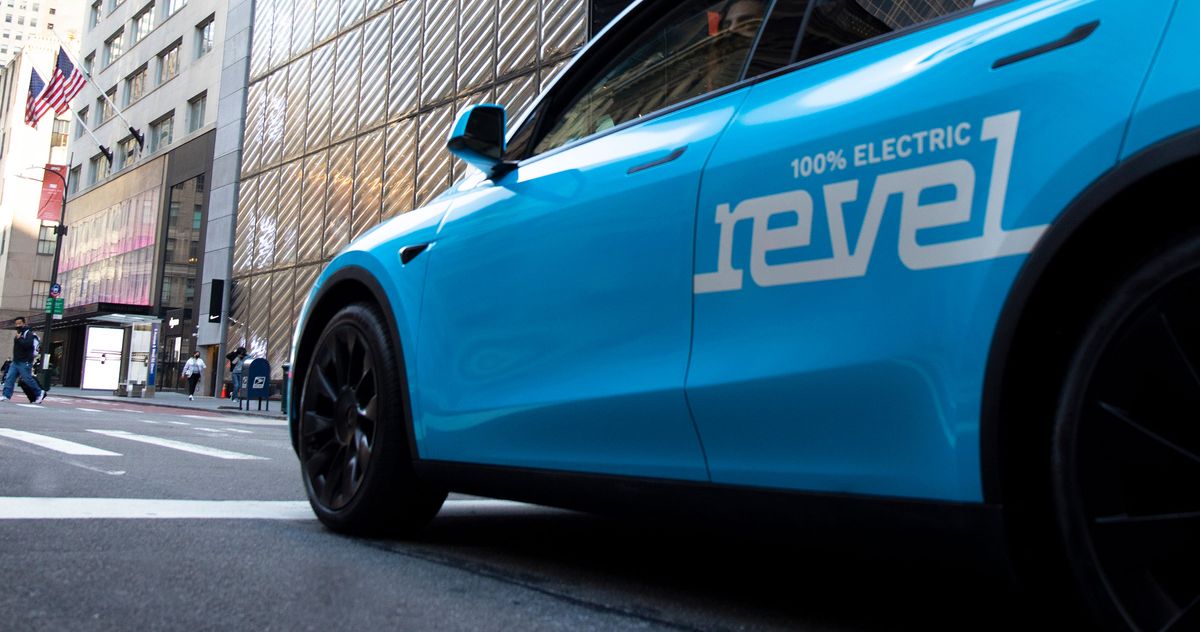 After months in regulatory limbo, the first of Revel’s new Tesla rideshare cars hit Manhattan’s streets on August 2. The scooter company first announced its plans to get into the rideshare game back in March with a fleet of 50 Tesla Model Y’s, each painted the same light blue as a Revel scooter. But getting approved by the city’s Taxi & Limousine Commission was a slog, and Revel debuted in a more limited way than it had hoped: 34 Revel Teslas are now out on the road (with 16 more soon to follow), and they will only operate below 42nd Street for now. Here, everything to know about the latest rideshare service to launch in the city.

The Brooklyn-based company is best known for its blue electric mopeds that can be rented across New York City (it also makes headlines for how often scooter drivers crash). But Revel also rents e-bikes through the Revel app and built a vehicle charging station with 25 fast chargers in Bed-Stuy. The company is looking to build even more charging stations across the city.

When Revel started trying to get its fleet approved in March, the process seemed like it would be easy: While the city’s Taxi & Limousine Commission capped the number of taxis and rideshare vehicles at 120,000, electric vehicles were exempt. But before the commission approved Revel’s Teslas, it voted to close the loophole that allowed electric vehicles to be counted separately — and...