Tesla may be the world's most valuable automaker but it's also under a federal investigation over its Autopilot semi-autonomous driving system. Teslas with Autopilot engaged have crashed into police cars and emergency vehicles parked on the side of the road and the National Highway Transportation and Safety Administration (NHTSA) understandably wants to know what's going on.

On top of this, a pair of US Senators are demanding another investigation over the Autopilot name itself, claiming it's misleading. Bear in mind Autopilot is rated at only Level 2 whereas Level 5 autonomy requires zero human input. Far too many Tesla owners don't seem to understand that, hence the Senators' concerns. And now Elon Musk has confirmed the next stage of the Full Self-Driving Beta will arrive soon.

Responding to a question on Twitter, Musk confirmed a wider release for a FSD Beta version 10 update is about four weeks away. It'll initially go out next week but the wider public will gain access in a month's time. "We should be there with Beta 10, which goes out a week from Friday (no point release this week). It will have a completely retrained NN, so will need another few weeks after that for tuning & bug fixes. Best guess is a public beta button in ~4 weeks," he said.

This wider release is expected to include a simple download button for owners who've already bought the FSD package. It'll be up to them if they want the latest software.

A few days ago, Musk admitted he wasn't happy with... 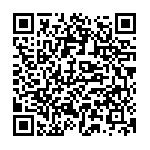