Adele Is the U.K.'s Best-Selling Female Artist of the 21st Century - Billboard

Since the start of the millennium, the Top 10 female artists have sold 72 million albums in the U.K. combined (including streaming equivalents), according to the OCC.

Adele doubles up as her 2011 album 21 crowns the list of U.K.’s best-selling albums by women artists from 2000 until now. A monster CD seller, 21 has shifted just shy of six million combined copies in the U.K.

There’s no news yet on when the followup to 25 will materialize. Last August, when a fan asked the question on everyone’s lips -- "Adele where's the album?" -- the Grammy-winning star gave the answer no-one wanted to hear. "I honestly have no idea," she wrote on Instagram.

Later, in October, the Brit gave a hint that new music could be on the way in 2021. “I’m going back to my cave now to be the (single) cat lady that I am! Peace out til next year,” reads a social post. 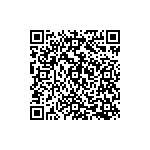