The Taliban's Deobandi Islam Comes From India, Not Afghanistan - NPR 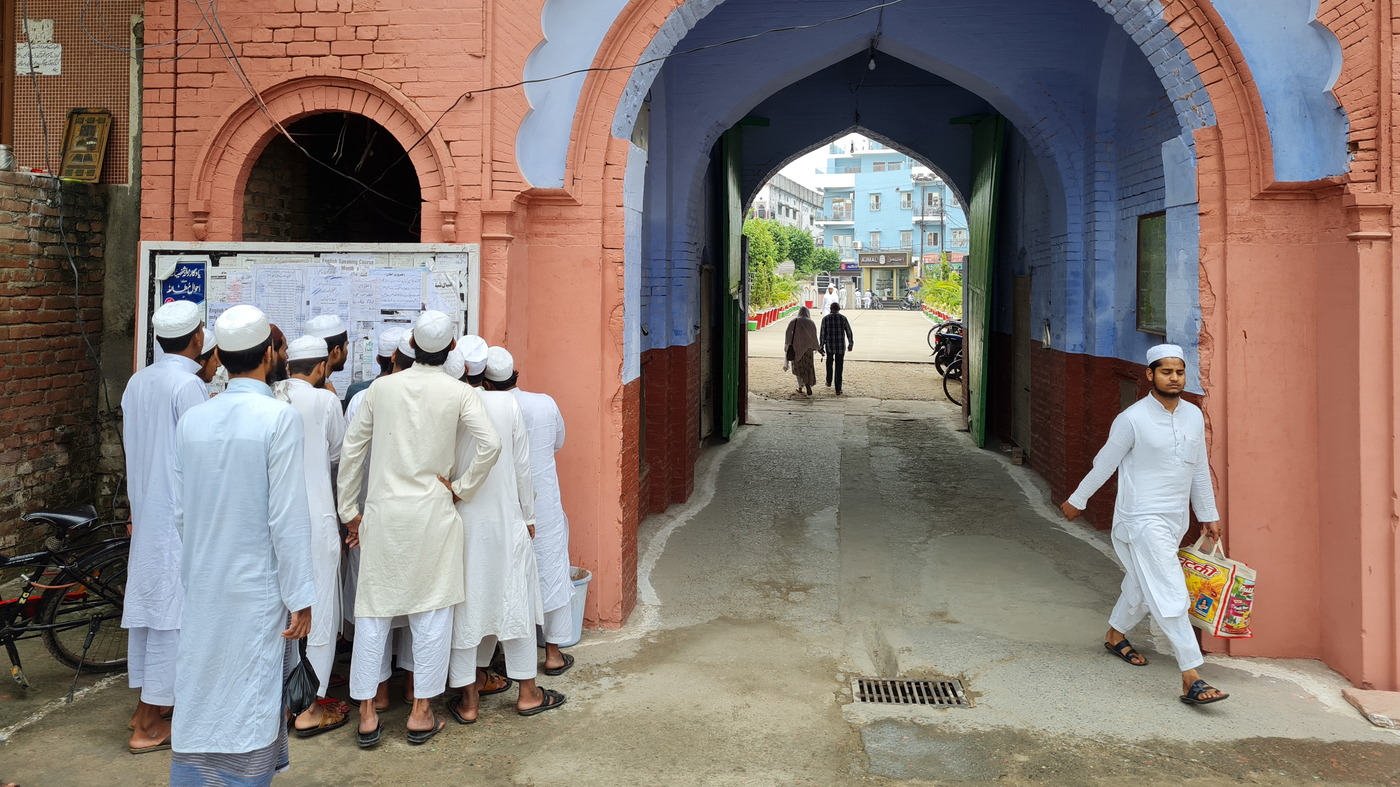 DEOBAND, India — Hundreds of young men in crisp white tunics and skullcaps sit cross-legged in classrooms ringed with porticoes, poring over Islamic texts. From a marble minaret above them, a dozen voices wail Quranic verse in unison.
They start and stop in rounds, echoing like a canon across an otherwise scruffy landscape of rickshaws, tea stalls and open sewers.
This is where the Taliban's ideology was founded. It's not Afghanistan; nor is it the Middle East. It's not even a Muslim-majority country. It's a small town in India about 100 miles north of the capital, New Delhi.
More than 150 years ago, this is where Muslim scholars started a seminary that also became entwined in the politics of that era. The Darul Uloom Deoband seminary, founded in 1866, taught that by returning to the core principles of Islam, Indian Muslims could resist British colonial rule. Less than a decade earlier, the British crown had taken control of India from the East India Company. The previous Mughal — Muslim — rulers had been vanquished.
"The British have taken over. The Muslim glory has faded away. So there comes a kind of state of despondency within the Muslims," says Luv Puri, a researcher, author and columnist. "Then they decide it's time to get back the glory of Islam. And let's start a movement."
The movement they started became known as Deobandi Islam. Adherents later joined Mahatma Gandhi's freedom struggle. After the partition of India, they fanned out across South Asia and set up...