Pakistan must be sanctioned for its support of Taliban and IS-K, says ex-diplomat - Daily Express 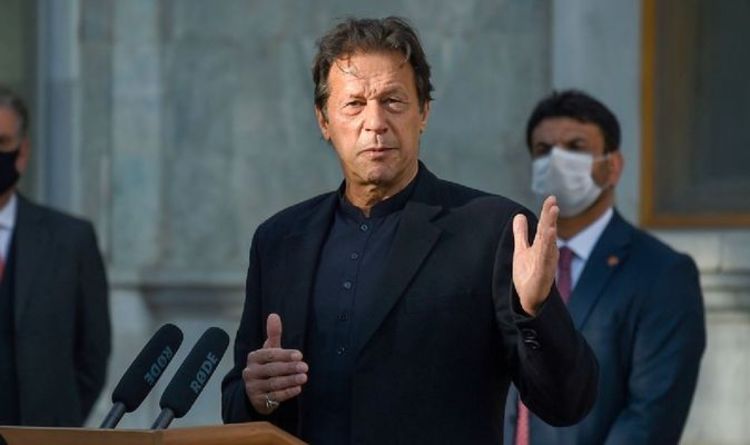 China, Russia, Pakistan and India' competing for 'Taliban's favour'
Sign up to receive our rundown of the day's top stories direct to your inbox
We use your sign-up to provide content in ways you've consented to and to improve our understanding of you. This may include adverts from us and 3rd parties based on our understanding. You can unsubscribe at any time. More info
His comments come in the wake of the Taliban's spectacular reconquest of Afghanistan which brought to an end almost 20 years of US and NATO involvement there and attempts to build a Western-style democracy. Chris Alexander served as Canada's first resident Ambassador in Kabul from 2003-2005, arriving to take up his post shortly after the defeat of Mullah Omar's regime. The 53-year-old blames the resurgence of the Taliban on Pakistan, and in particular on the country's top security agency, the Inter-Services Intelligence (ISI).
He argues that the ISI is committed to global jihad and has sought over decades to foment instability in Afghanistan and the wider region through the creation and support of a plethora of terrorist organisations - of which the Taliban is just one.
He told Express.co.uk: "Pakistan is the only country in the world that has had a high level sustained sponsorship of terrorist groups over decades that has not been held to account for its said sponsorship.
"The Taliban were created by Pakistan, the Islamic State in Khorasan was created by the same intelligence service (ISI) in Pakistan -...

Pakistan IT exports surged by 46% in July-August 2021 - TechJuice