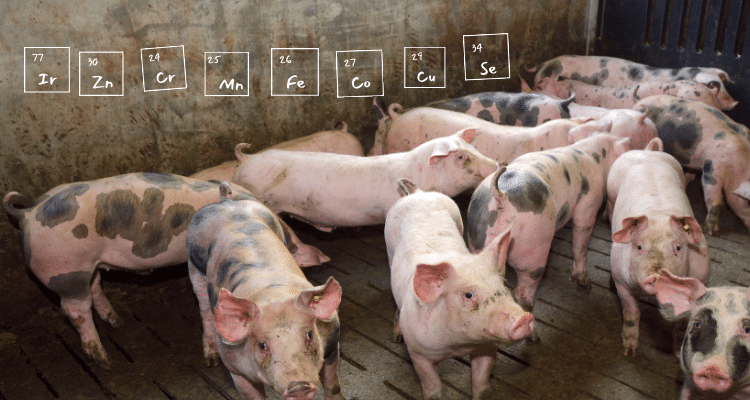 Did you ever wonder about the trace mineral levels in pig feed your neighbour is using compared to you? Well researchers surveyed animal feed companies in the Brazilian pork sector to find out the actual levels of trace minerals used in commercial pig diets in different regions of Brazil compared to recommendations and what is used in North American commercial diets. Here is a summary of some of the findings that might give you a few pointers if you are looking for benchmarks amongst your peers.

Nutritional requirements for most trace minerals in pigs were determined with a focus on avoiding nutritional deficiencies and go as far back as the 1990s. They are based on minimum requirement levels of supplementation (NRC 2012, US) or values to optimize cost/benefit in feed formulations (Rostagno 2017, Brazil). However, there is evidence that commercial pig diets quite often contain nutrient levels that are greater than the recommended levels. This practice seems to partly originate from the belief that productivity can be improved by increased supplementation or the fear of not meeting requirements otherwise. However, between pig farms there is a great deal of variation when it comes to the supplementation of trace mineral levels in pig feed, which can also be due to differences in pig genetics used, feed composition, management objectives or differing opinions on requirements.

What level of trace minerals is...