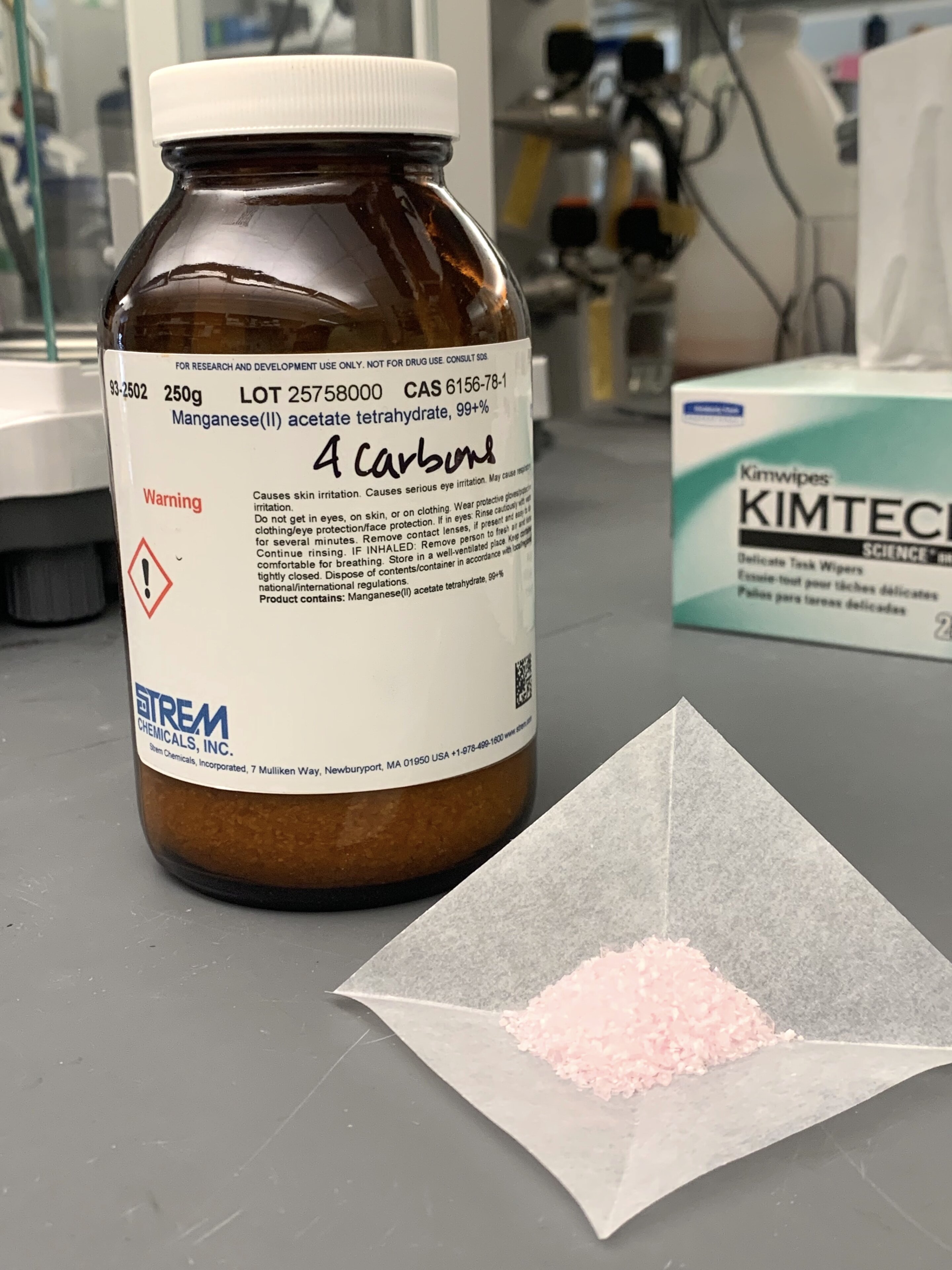 Just because you've solved a standing chemistry challenge doesn't mean you can't make it better. Rice University scientists had that in mind when they set out to improve their technique to make a common building block for drugs.

The complex method required catalysts of expensive silver until the West lab figured out how to replace it with a cerium-based compound. That in turn led the researchers to eye manganese as a next-level catalyst.

The lab reported its results in the American Chemical Society journal ACS Catalysis.

Attaching negatively charged fluorine atoms to ketones, biological compounds with a variety of structures, helps direct the functional groups toward desired reactions when used in anticancer and other compounds, West said. He noted in the previous study that replacing hydrogen atoms with fluorines "is like armor plating at that position" and helps drugs last longer in the body.

Manganese has several advantages over cerium, West said, and not just for its easy availability and low cost.

"The amount of product we got with cerium was good, but for it to work, we had to use as much cerium as starting material," said West, an assistant professor of chemistry. "With manganese, we required less than a 10th as much catalyst—and more importantly, it...