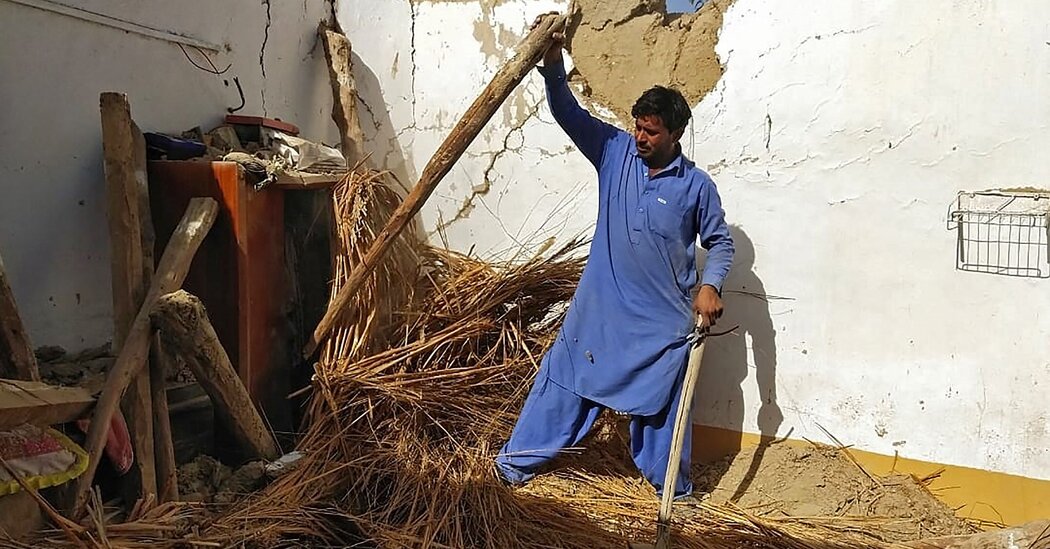 ISLAMABAD, Pakistan — A predawn earthquake hit southwestern Pakistan on Thursday as most residents slept, leaving at least 20 people dead and damaging hundreds of residential and office buildings, officials said.
The 5.9-magnitude quake, which struck after 3 a.m. local time, inflicted heavy damage on the city of Harnai, in southwestern Balochistan Province. After dozens of houses collapsed, hundreds of people were left injured and homeless.
The United States Geological Survey said the quake had a depth of about 5.6 miles, which is considered very shallow and potentially more dangerous because it is closer to the surface. The center of the earthquake was about 60 miles from Quetta, the provincial capital that is near the Afghan border. It is where, in 1935, a 7.7-magnitude earthquake struck, killing up to 60,000 people.
Disaster officials said the death toll from the quake on Thursday was expected to rise. The Pakistani military said its troops had reached the area to help with rescue operations. “Army doctors and paramedics, along with necessary medicines, are assisting civil administration for necessary medical care,” the military’s news media wing said in a statement.
Video footage showed injured people being treated by the light of mobile phones while lying on stretchers in the street. At least nine critically injured people were evacuated by helicopter to Quetta for treatment.
Local television networks broadcast images of dazed young children and women, covered in dirt...