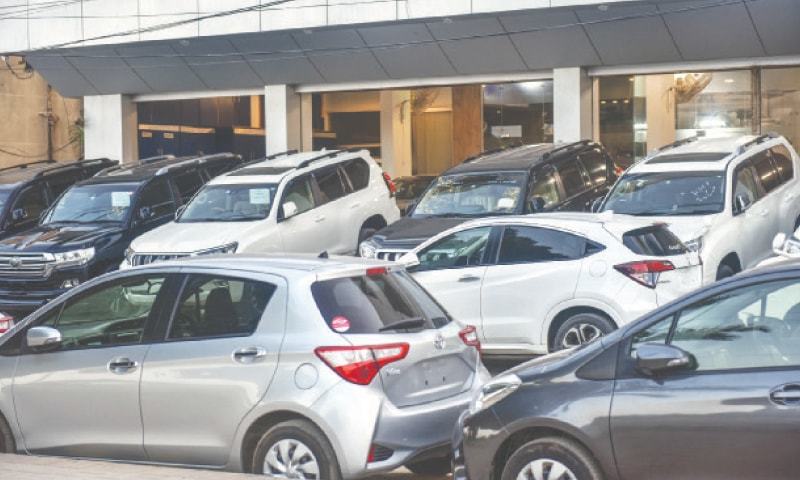 KARACHI: Pakistan has witnessed record foreign exchange spending on highest-ever arrival of new automobiles in 2020-21 on strong demand followed by revival of used vehicles imports.
The country imported record 10,513 units of new cars, jeeps, vans, pickups, two-wheelers and buses in FY21 compared to 1,680 units in FY20, 3,716 units in FY19 and 7,424 units in FY18.
Besides, for the first time, 390 new electric vehicles (EVs) and 19 used EVs were also imported in FY21.
Entry of new players from Korea and China in the local assembly of new models coupled with low interest rates have injected new life in the auto sector while used imported vehicles and locally assembled vehicles by old players also enjoy robust demand.
In a first, 390 new and 19 used electric vehicles also imported
In FY21, new cars and jeeps held the highest share with 10,157 units compared to just 893 units in FY20, 2,427 in FY19 and 3,758 units in FY18.
In overall automobile imports of around $2 billion, the import bill of completely and semi-knocked down (CKD/SKD) kits for cars, bikes and heavy vehicles stood at record $1.6bn in FY21 as compared to $727m in FY20 while $386m was spent for import of used and new vehicles in FY21 as compared to $219m in FY20.
In the first two months of the current financial year (2MFY22), import of CKD/SKD kits for local assembly of all vehicles swelled by 214pc to $369m from $117m in the same period last fiscal year, while import of completely built up units (CBU) posted a...