By Sarfaraz Shaikh and Brendan Dabhi
The National Investigation Agency (NIA) probing the Rs 15,000-crore worth heroin-seizure case at Mundra Port will arrive in Gujarat within a couple of days. Top sources said the NIA will reach Gujarat with all the 10 accused arrested by Directorate of Revenue Intelligence (DRI) till now.
Meanwhile, NIA will also probe suspected missile tech which was seized from a Chinese ship at Kandla port in February 2020. The ship was headed to Port Qasim in Pakistan when the DRI intercepted the vessel and seized the suspicious equipment.
The NIA took over the case in September this year and registered an FIR.
Notably, on September 13, based on a red flag issued by National Container Tracking System (NCTS) DRI intercepted two containers which had arrived at Mundra Port in Gujarat from Bandar Abbas in Iran. During the search operation carried out by DRI, nearly 2,988.21 kg of heroin worth over Rs 15,000 crore was found mixed with semi-processed talc stones in containers which originated from Kandahar in Afghanistan and then transported to Bandar Abbas Port of Iran.
The containers were allegedly imported by Aashi Trading Company, which has a single room office in Vijayawada, Andhra Pradesh.
While the DRI arrested a couple who owned the company registered in August 2020, it also arrested 10 persons including Afghan and Uzbek nationals.
Sources said the heroin consignment was transported to Bandar Abbas by one Hasan Ali, a resident of Kandahar.
Sources... 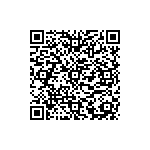