There have been reports of slow internet speed in Pakistan as users have started to complain about problems with several online services on Monday. The slow internet speed in Pakistan is reportedly being caused by fault in the Asia-Europe Double AAE1 cable.
According to the details, this is a 25,000KM long major 40-terabyte submarine cable which connects South-East Asia to Europe and it has reportedly ruptured near Fujairah, the United Arab Emirates (UAE) resulting in slow internet speed across Pakistan and several other countries in the region. The repair to the AAE1 submarine cable may take several days to repair as per sources.
The concerned authorities are working to transfer the load of internet data traffic to other lower-capacity cables which will provide relief to internet users until the AAE1 submarine cable becomes operational. 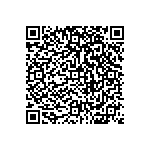