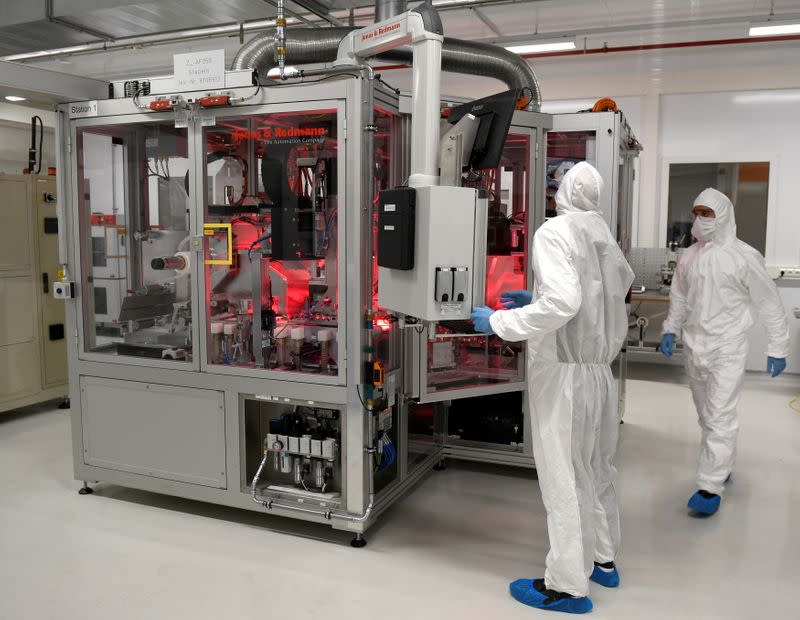 FRANKFURT (Reuters) - Major carmakers like Volkswagen, Daimler and Stellantis have been racing to secure battery cell supplies in Europe, but may face a bigger challenge as they seek to go electric - finding enough battery raw materials.

"There is a serious question as to whether supply can keep up with demand across the battery supply chain," says Daniel Harrison, an auto analyst at Ultima Media.

Until recently, Europe was seen as having lost the battery race to the dominant Asian manufacturers like CATL in China, South Korea's LG Chem, and Japan's Panasonic, says Ilka von Dalwigk from EIT InnoEnergy, which has set up a company network funded by the European Union in the "European Battery Alliance".

"Nobody saw that as a problem," says von Dalwigk. "The thinking was that we can import battery cells."

But forecasts from banks like UBS that EV sales would soar over the coming decade shook the political establishment and carmakers, and forced a rethink of battery production.

This was followed by EU funding programmes worth billions and major battery plant...