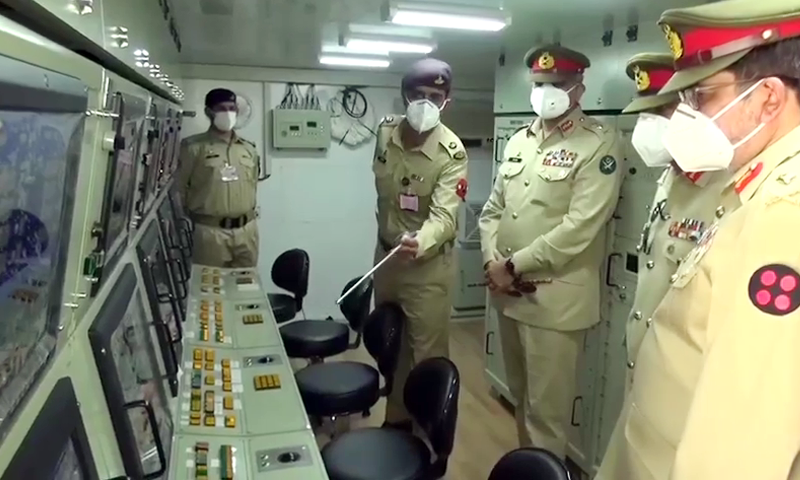 Chief of the Army Staff (COAS) General Qamar Javed Bajwa said on Thursday that the strategic partnership and defence collaboration between Pakistan and China is a factor of stability in the region, according to a statement issued by the Inter-Service Public Relations (ISPR).
General Bajwa expressed these views during a visit to the Army Air Defence Centre in Karachi to witness the commissioning of a Chinese-origin High to Medium Air Defence System (HIMDAS), HQ-9/P, into the Pakistan Army Air Defence, the statement said.
According to the military's media wing, the COAS highlighted the importance of air defence and said the induction of high-tech systems would make Pakistan’s air defence "impenetrable in the emerging threat scenario".
He added that the exemplary synergy between the Pakistan Air Force and Pakistan Army Air Defence had made the country’s air defence impregnable.
During the visit, Lieutenant General Hamooduz Zaman Khan, commander of the Army Air Defence Command, also briefed General Bajwa on the strategic weapon system.
The induction of the HIMADS would significantly "enhance [the] Comprehensive Layered Integrated Air Defence shield of aerial frontiers of Pakistan as the system is fully integrated through a well-knit digitised system on its inventory," the ISPR's statement said.
It added that the system was also capable of intercepting multiple air targets including aircraft, cruise missiles and beyond visual range weapons at ranges over 100 kilometres with...